It’s a mad, mad, mad world!  Yes indeed it is when a group of vehicular virtuosos cram the baddest American power plant going, under the hood of the pet of the green revolution.  Ironic, for sure.  Totally awesome, absolutely.  You know virtually every ride at the SEMA show falls into the category of “Only at SEMA” but this ride takes that to a whole new level.  Try a HellCat powered Prius on for size.  Yup, it’s a 1,000 hp Prius created by the mad geniuses at American Racing Headers – ARH.  This HellCat in sheeps clothing has been dubbed the “PriuSRT8”.  And talk about two worlds colliding, more like two world’s pulverizing each other.  In addition to the 6.2L V-8, the “PriuSRT8″ sports a 4.5L Whipple supercharger that elevates the output to a not so green 1,000hp.  And all those American horses are sent to a Tremec Magnum six-speed trans, then on to a custom Midwest Chassis built Ford 9” rearend.  And by the by, the foundation for this baby  is a NHRA approved tube chassis.  Something tells me this Prius will be putting some dragsters to shame.  Those cats at American Racing Headers be crazy but they build one Hell of a car!    Now cast your eyes at the most fuel inefficient, rear wheel drive Prius of mass consumption out there. 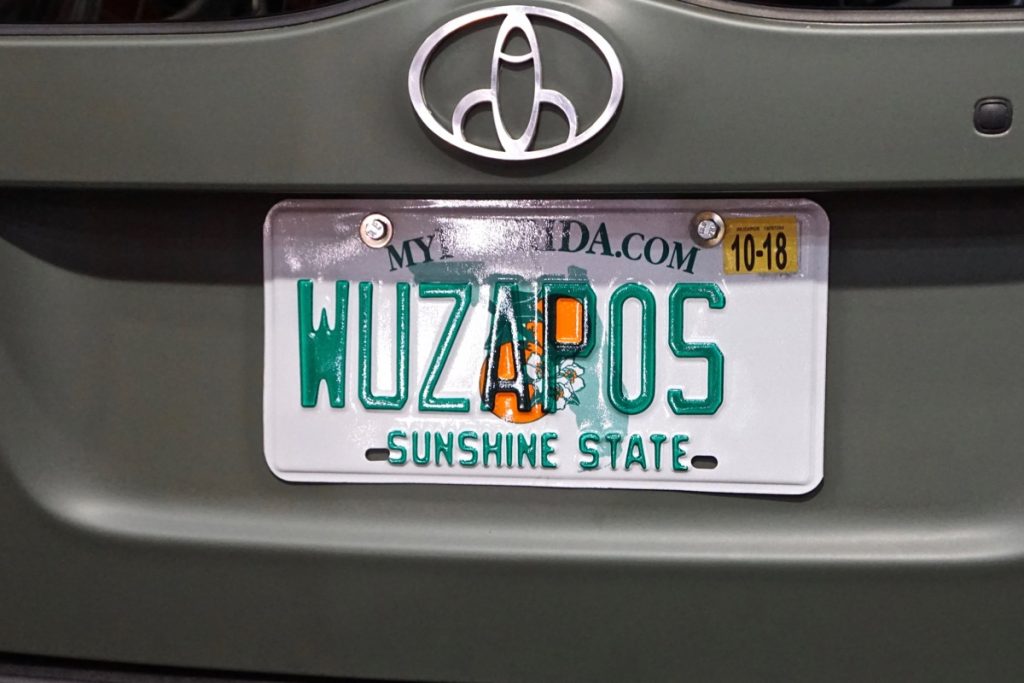 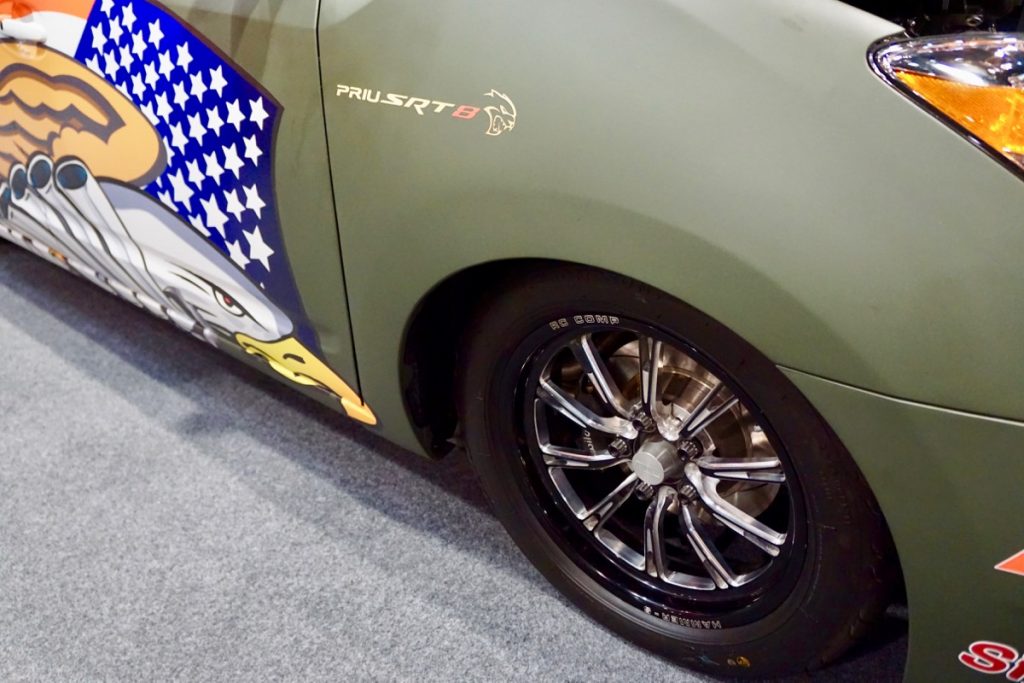 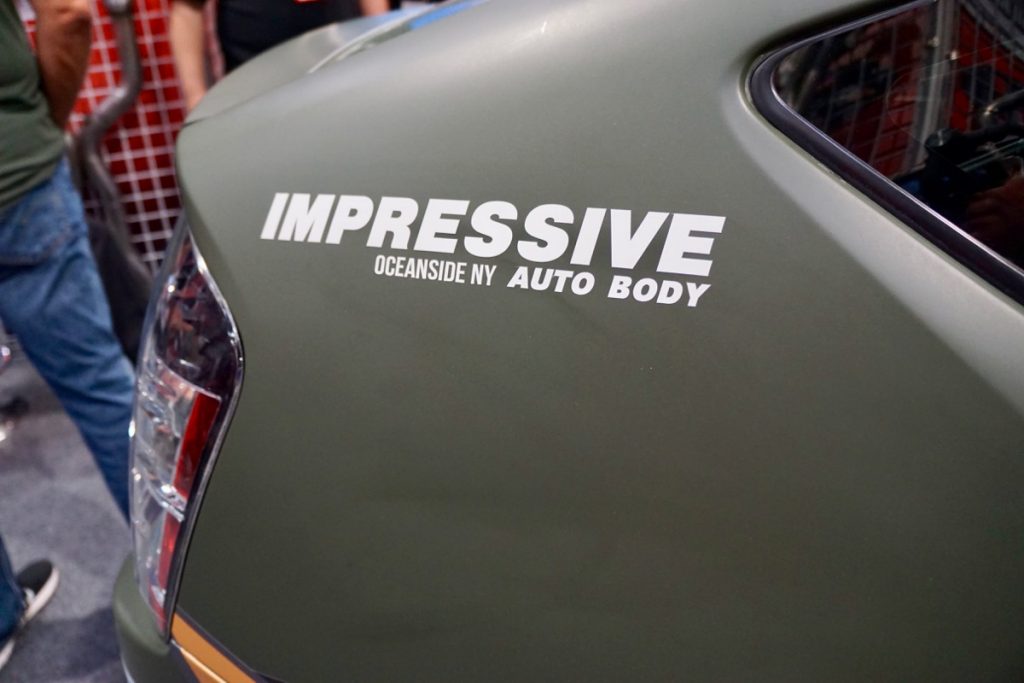 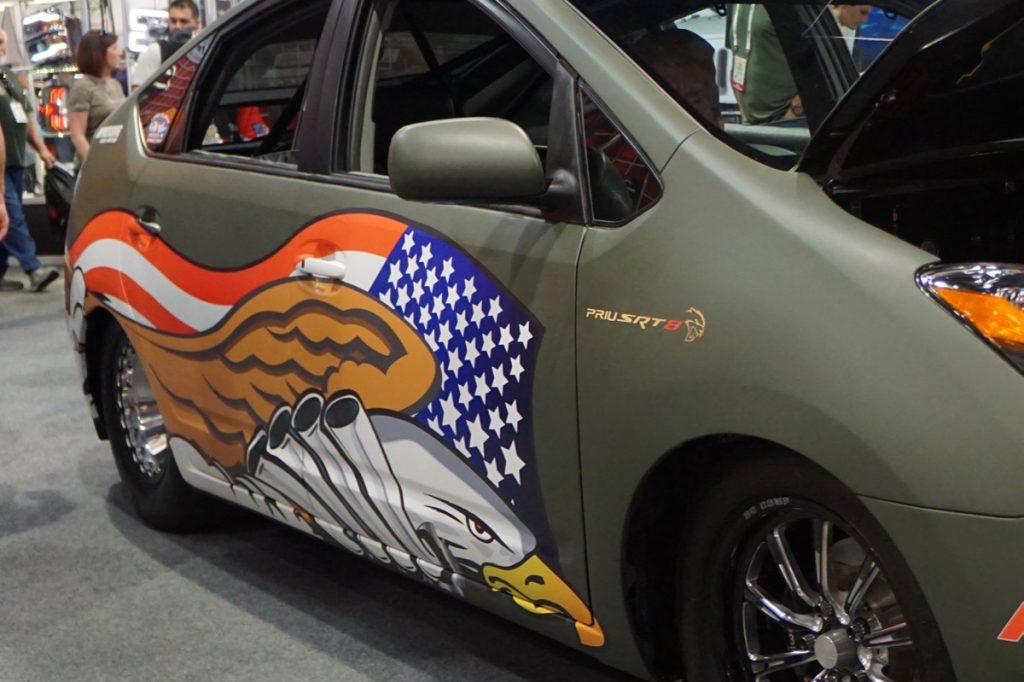 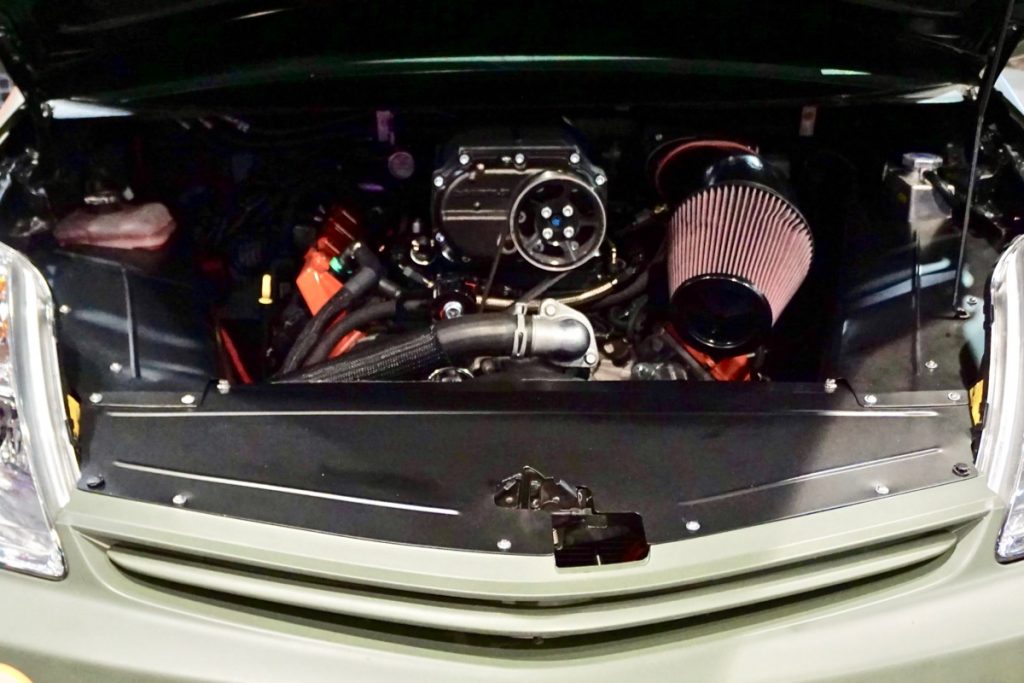 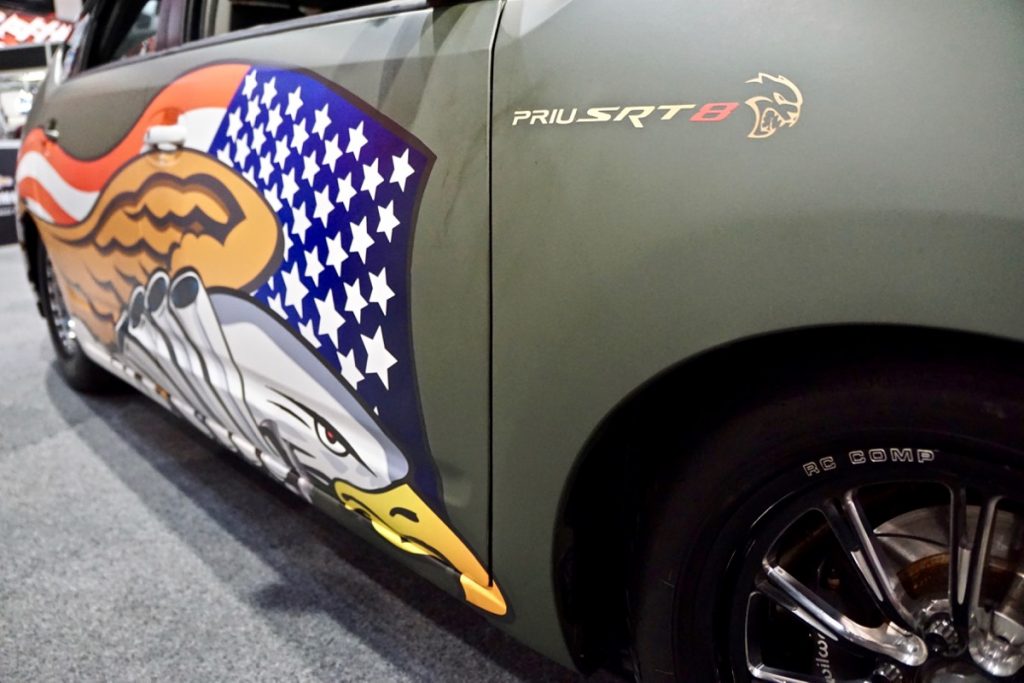 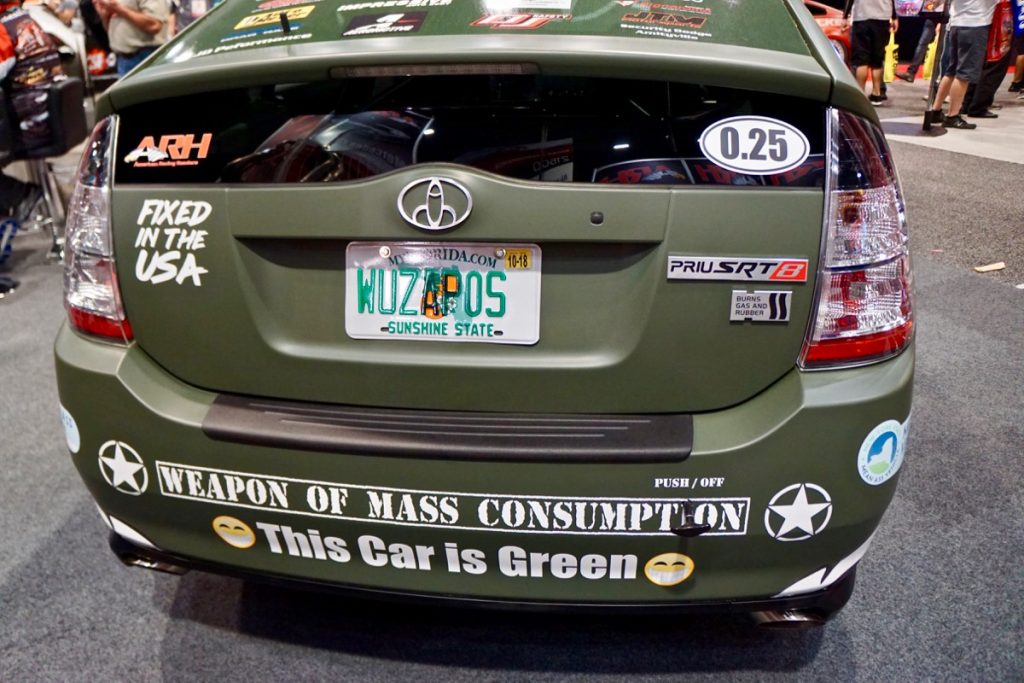 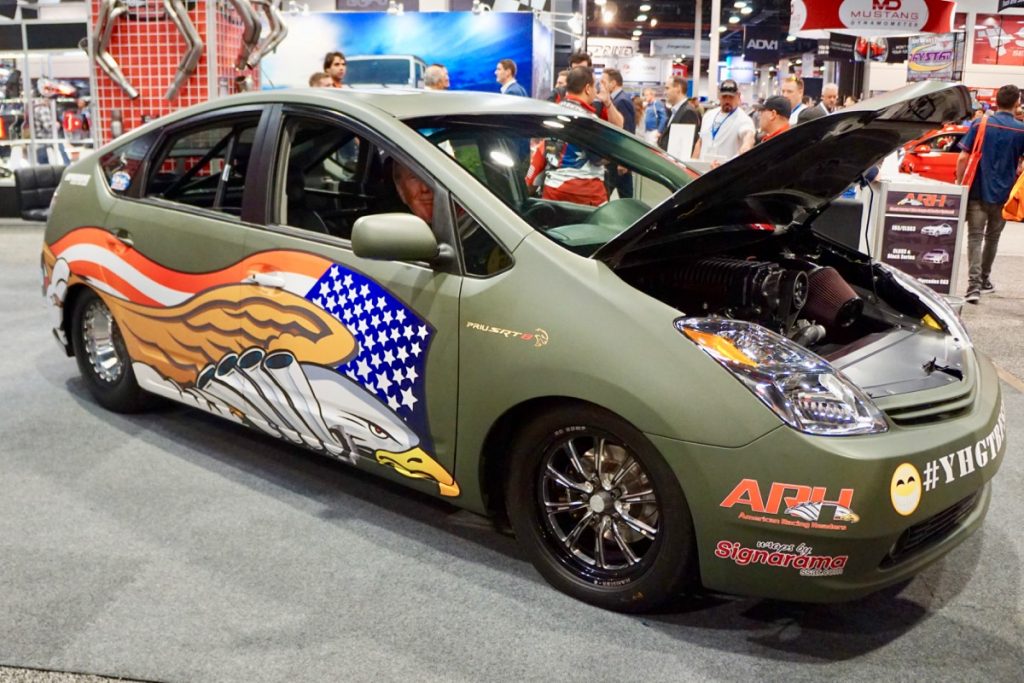 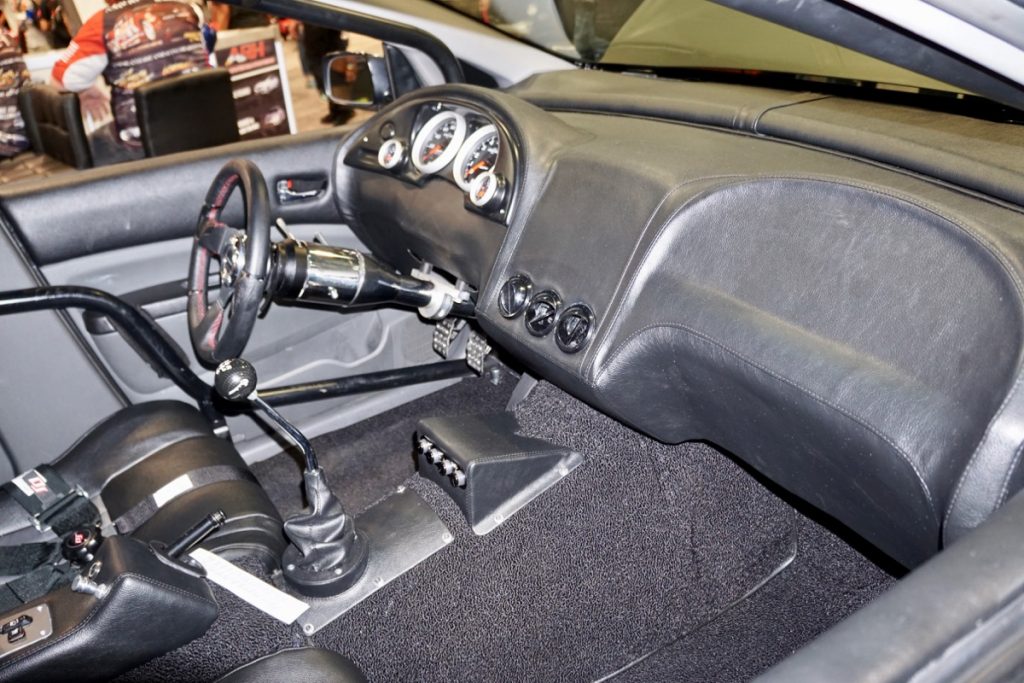 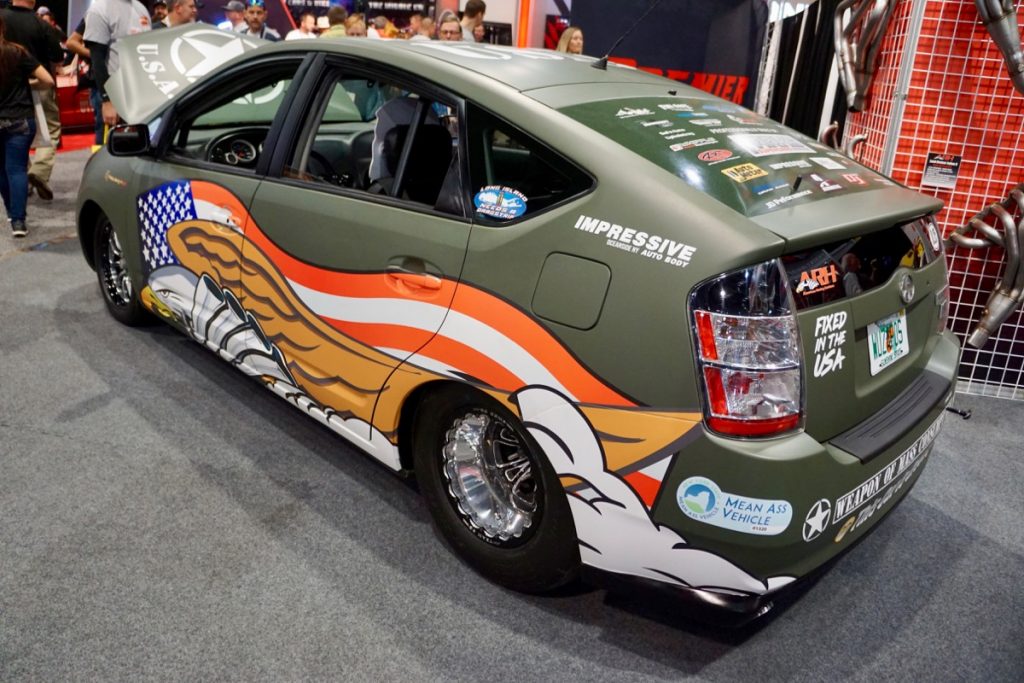 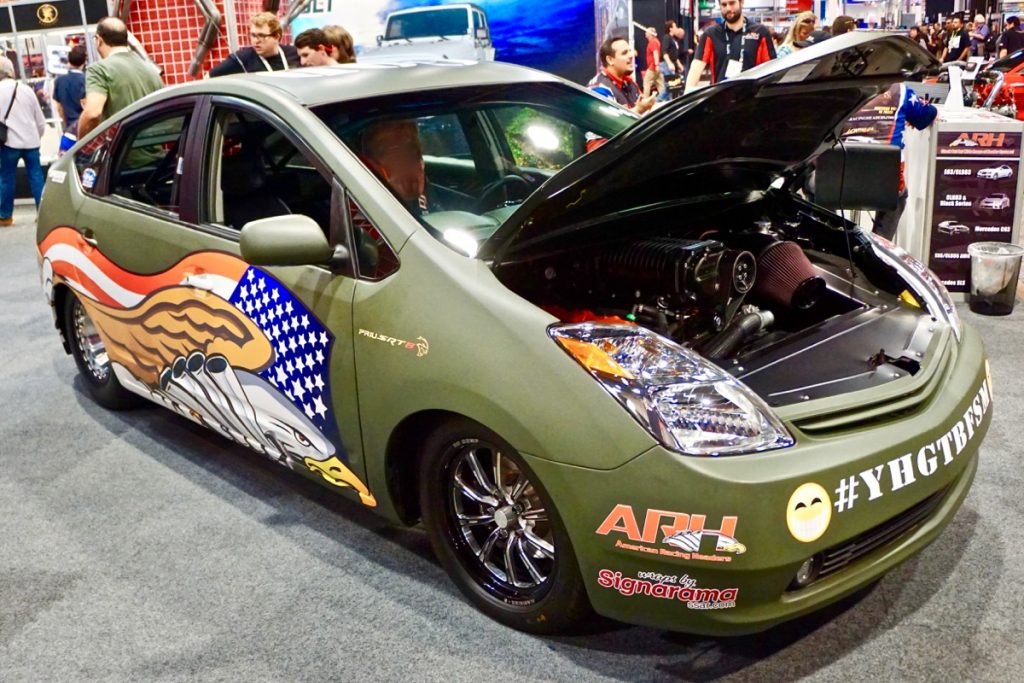 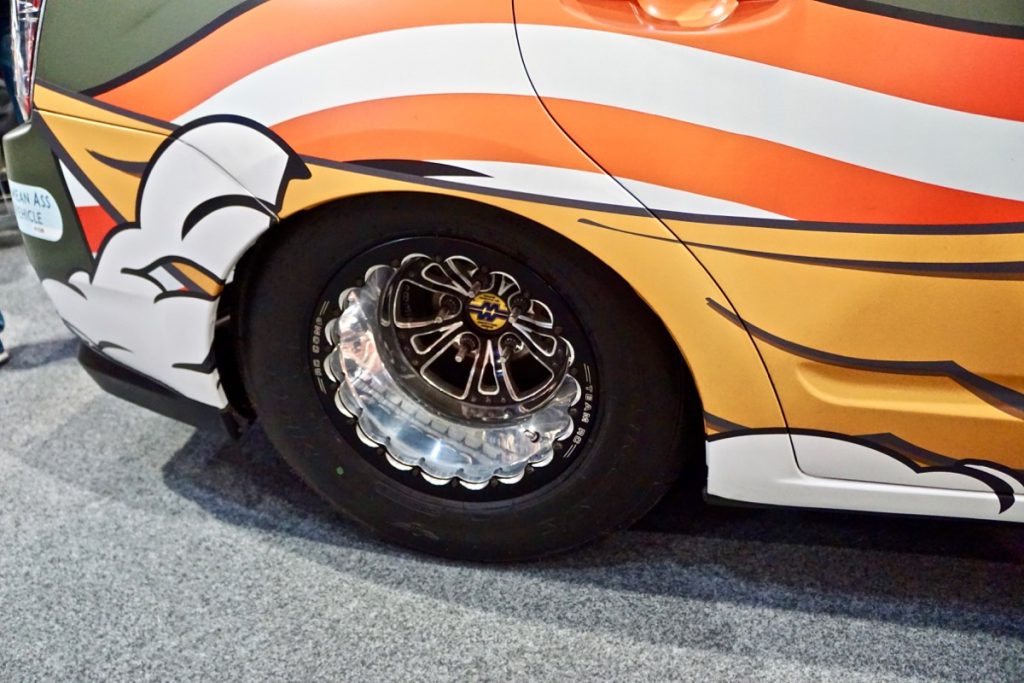 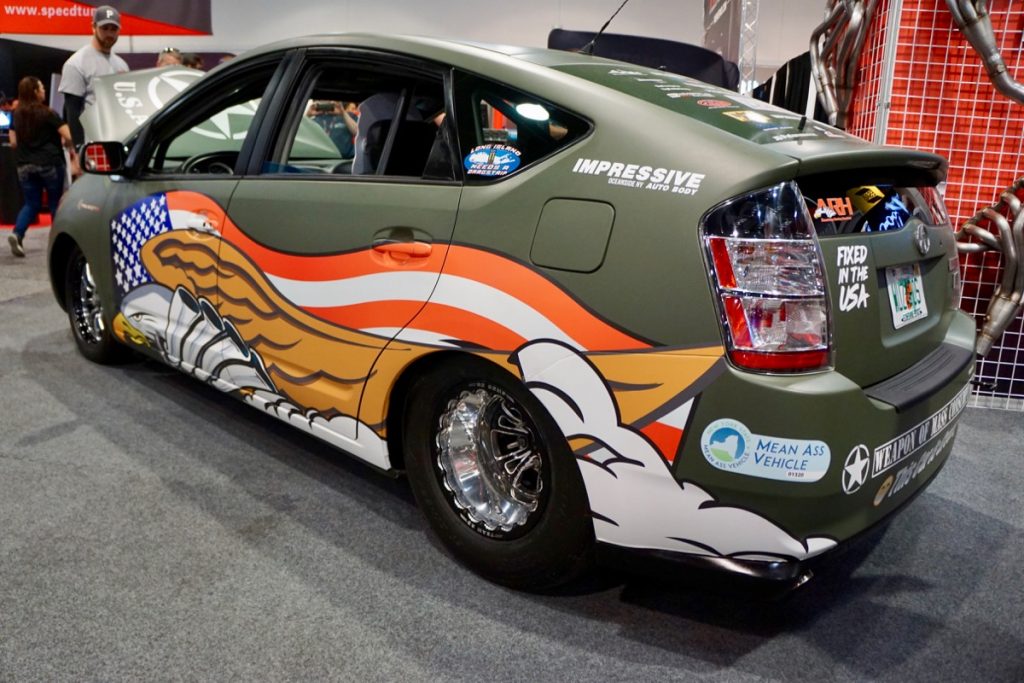 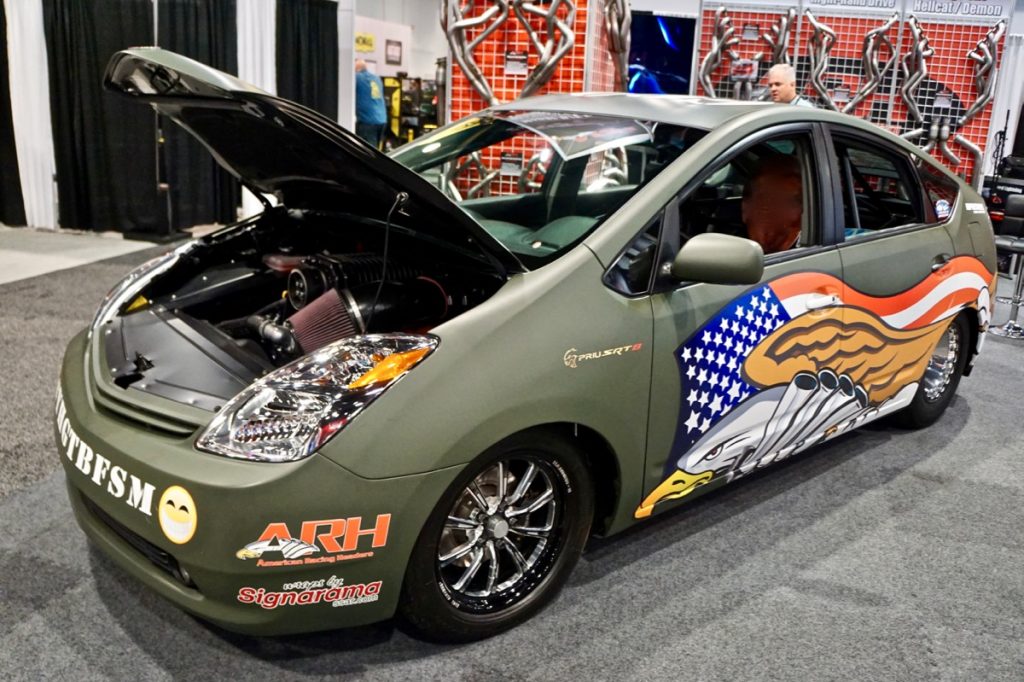 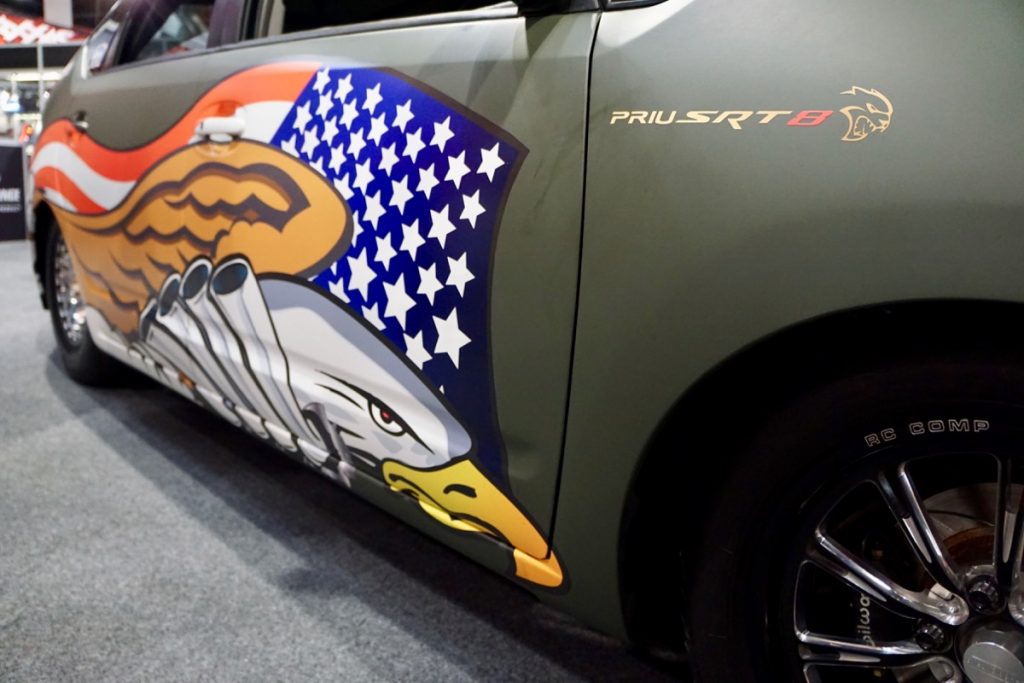 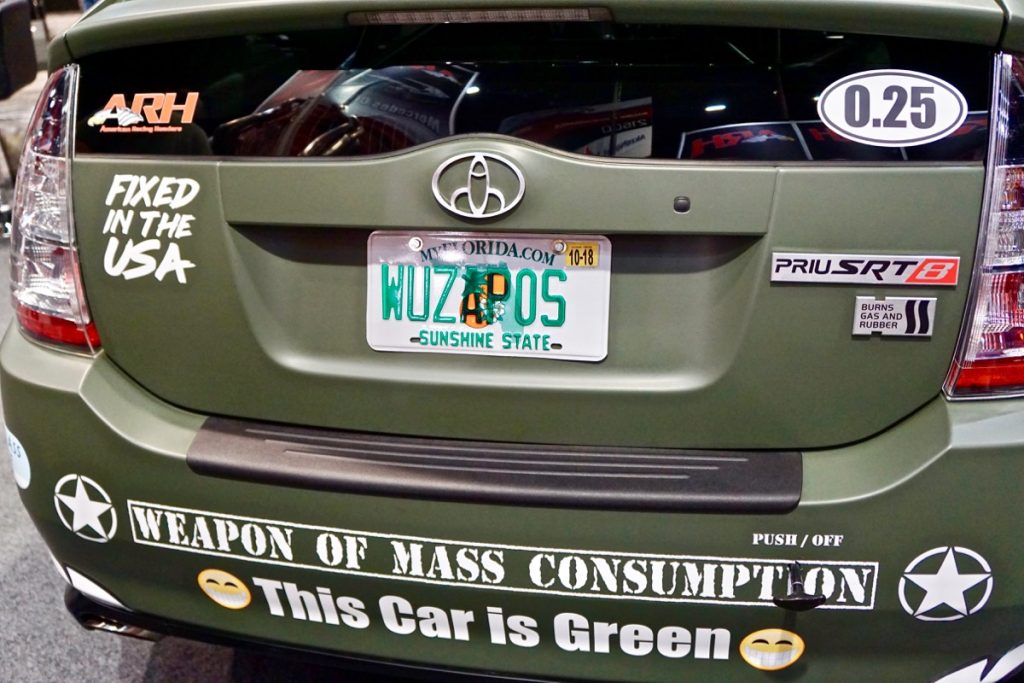 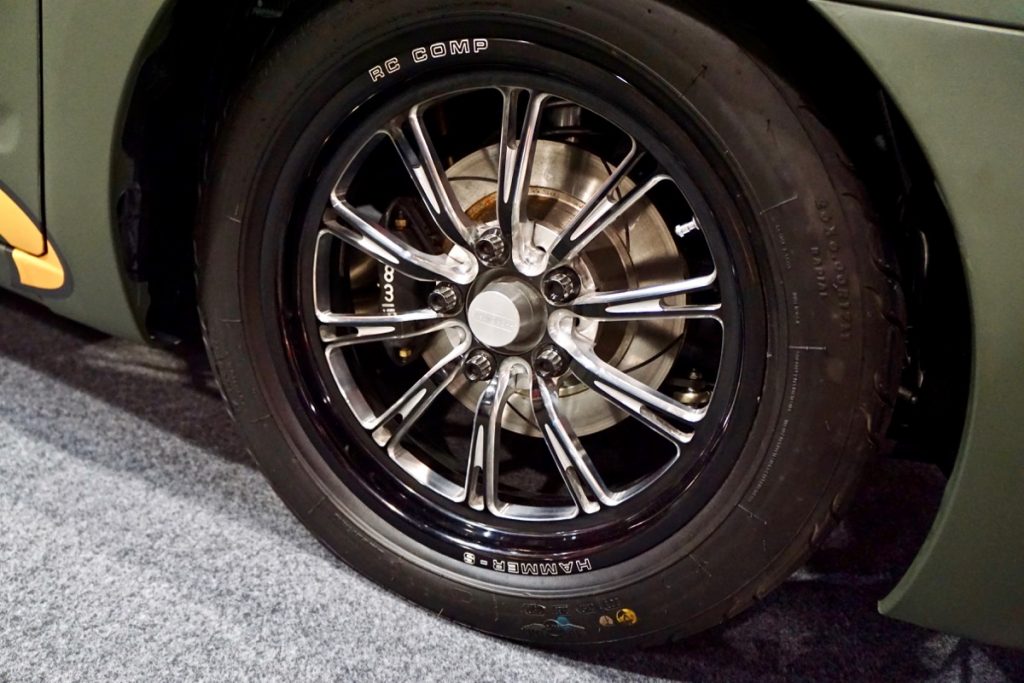 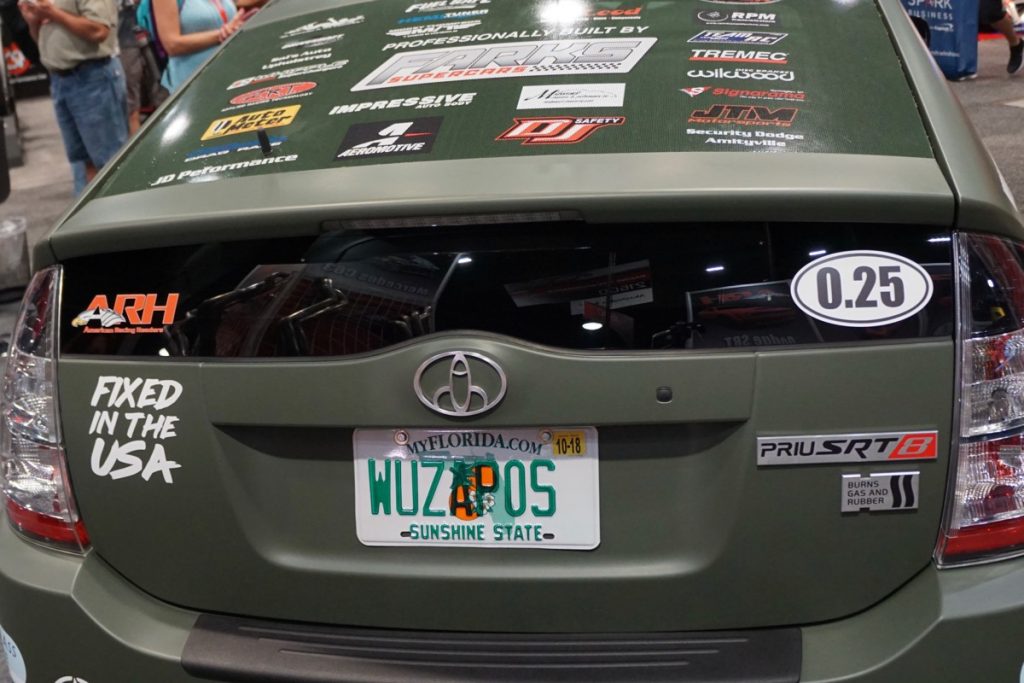 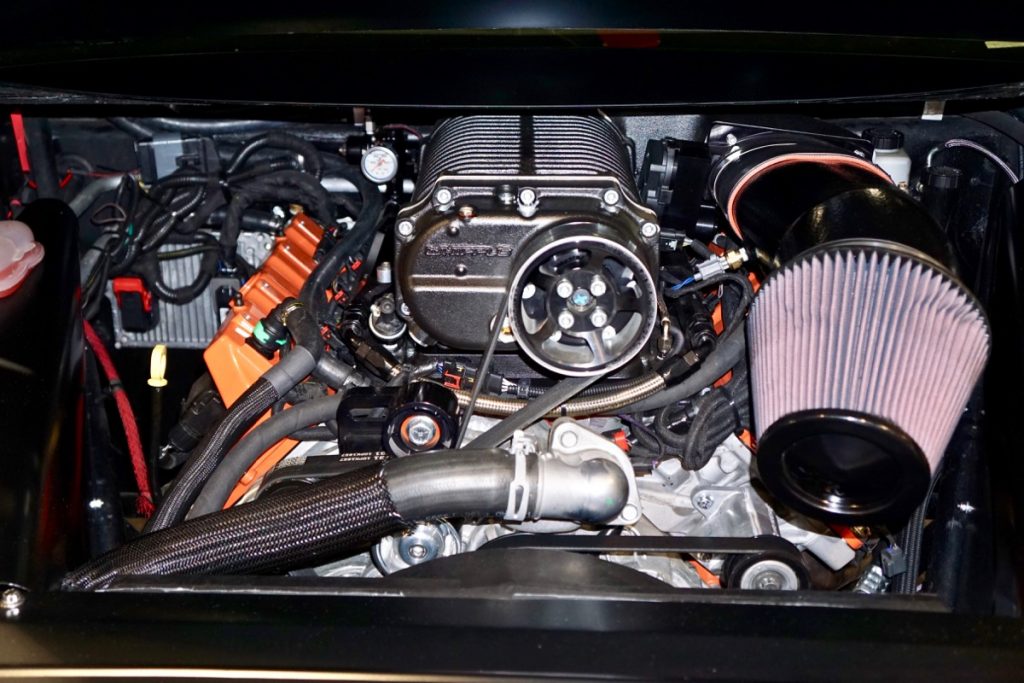 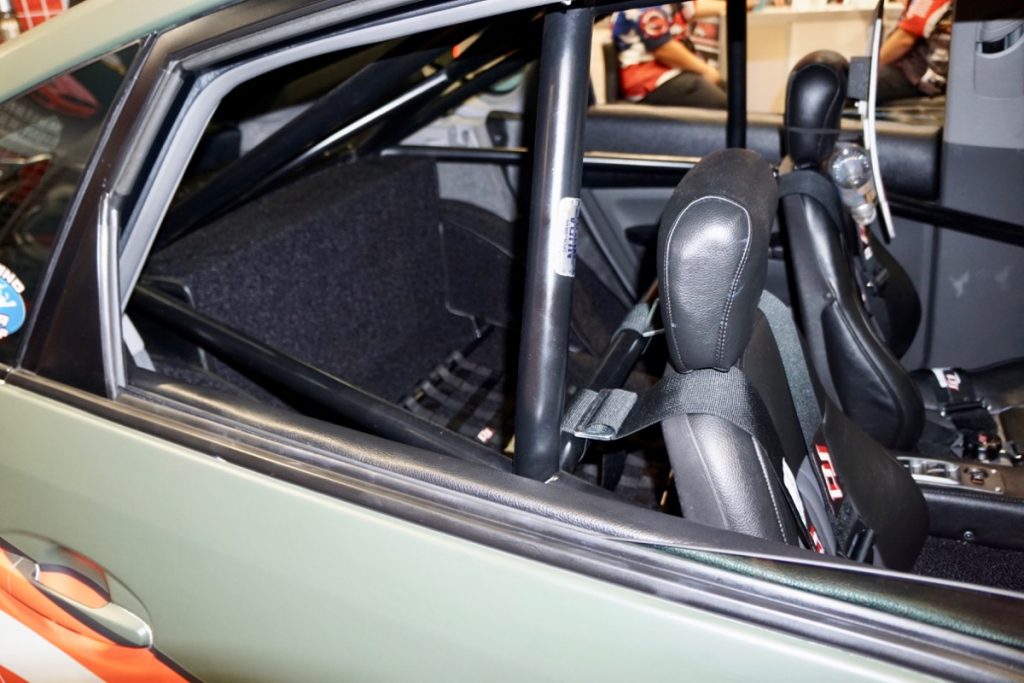 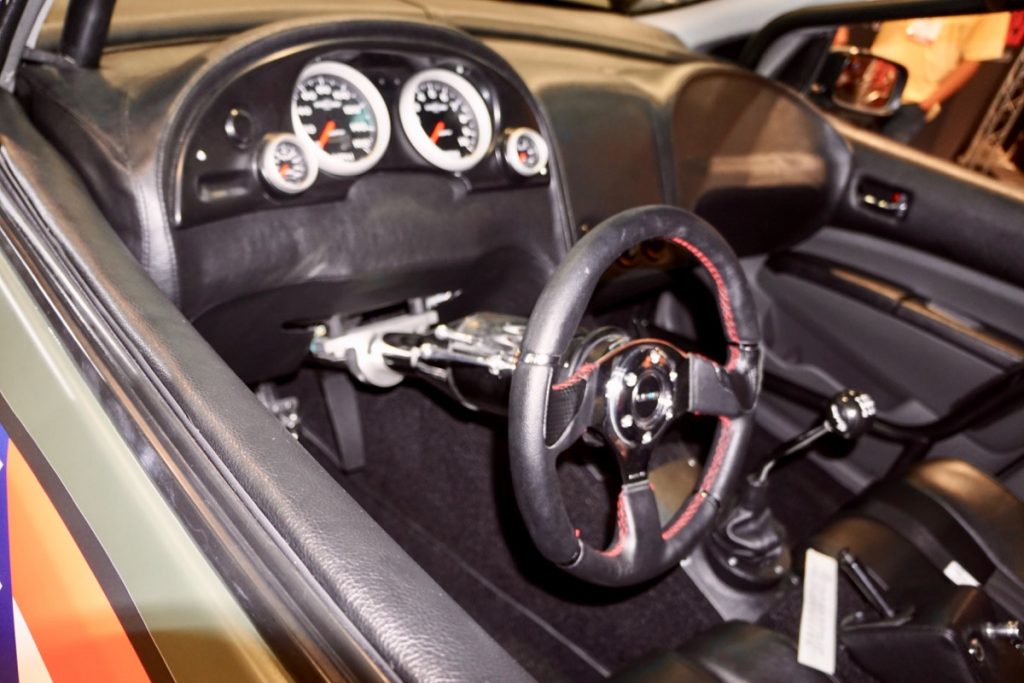 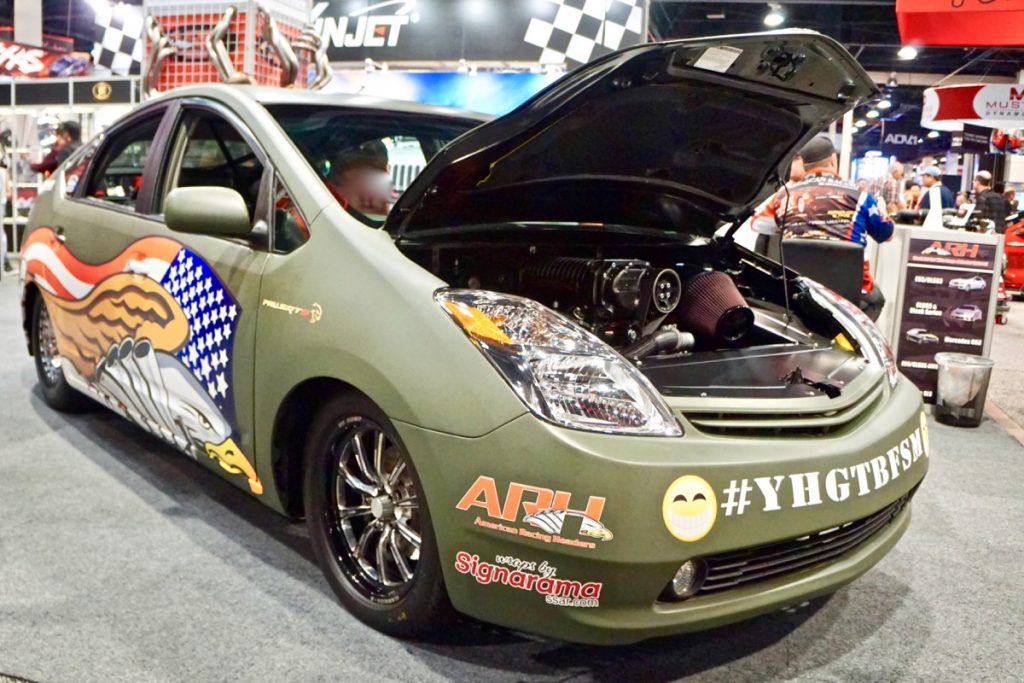 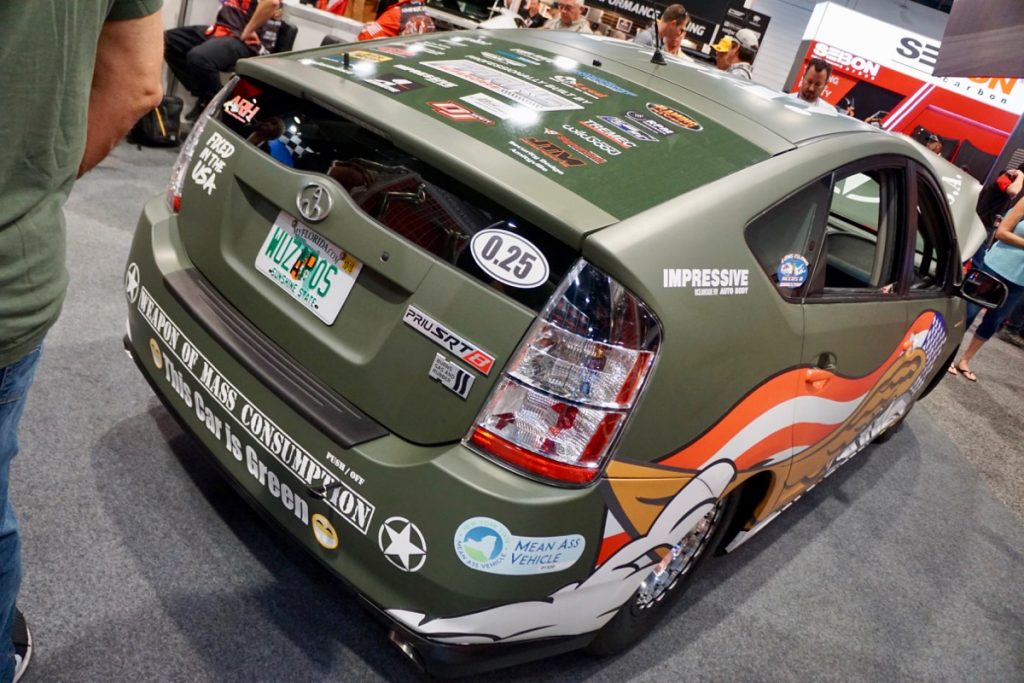 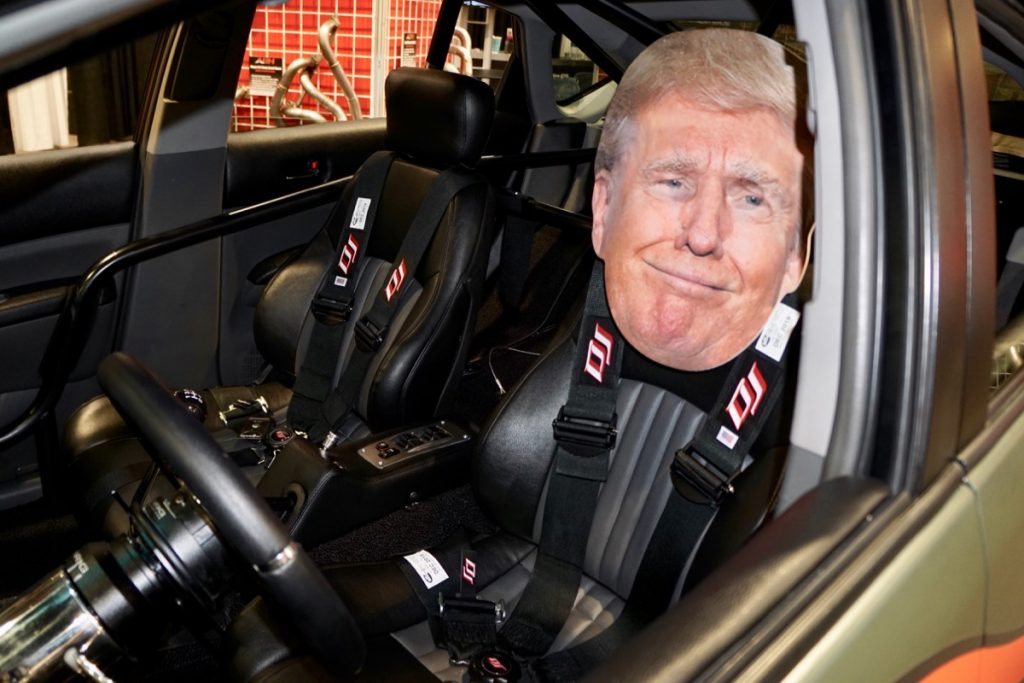 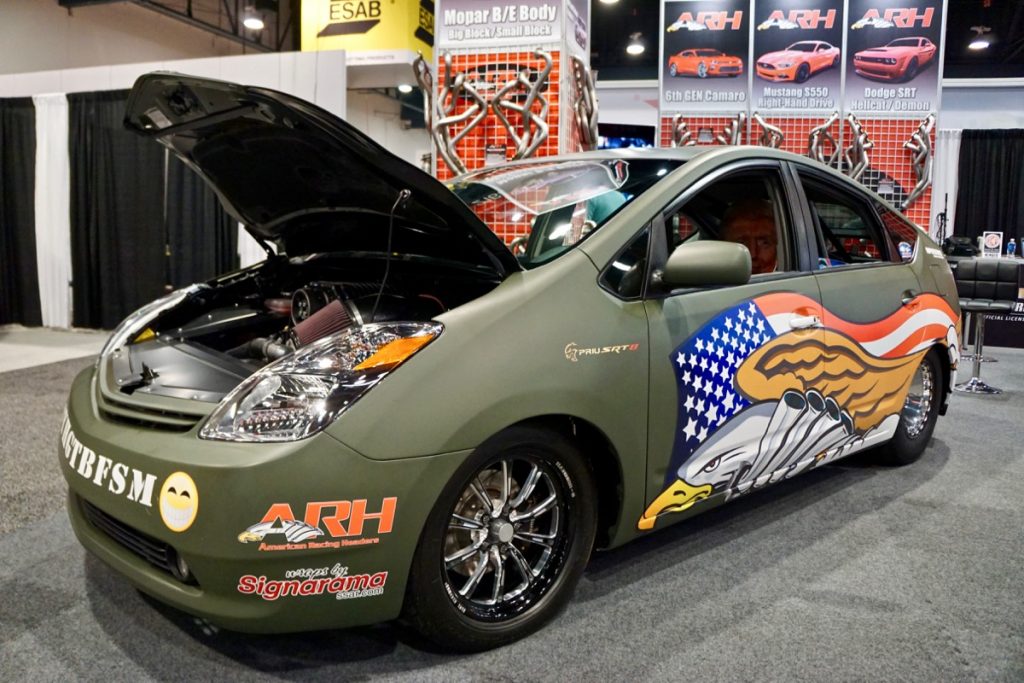 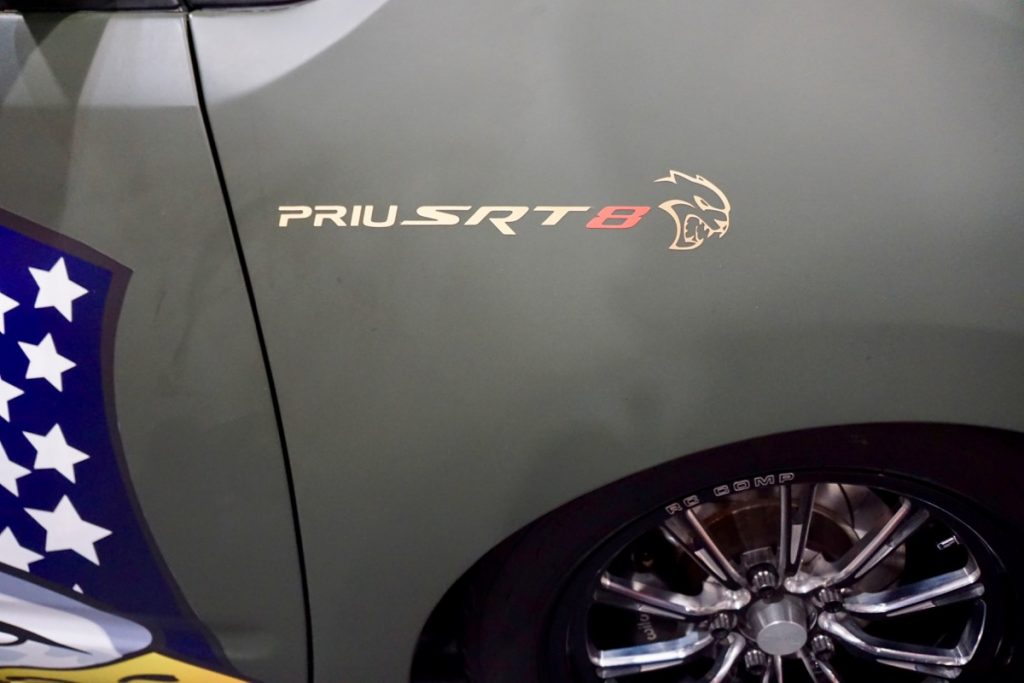 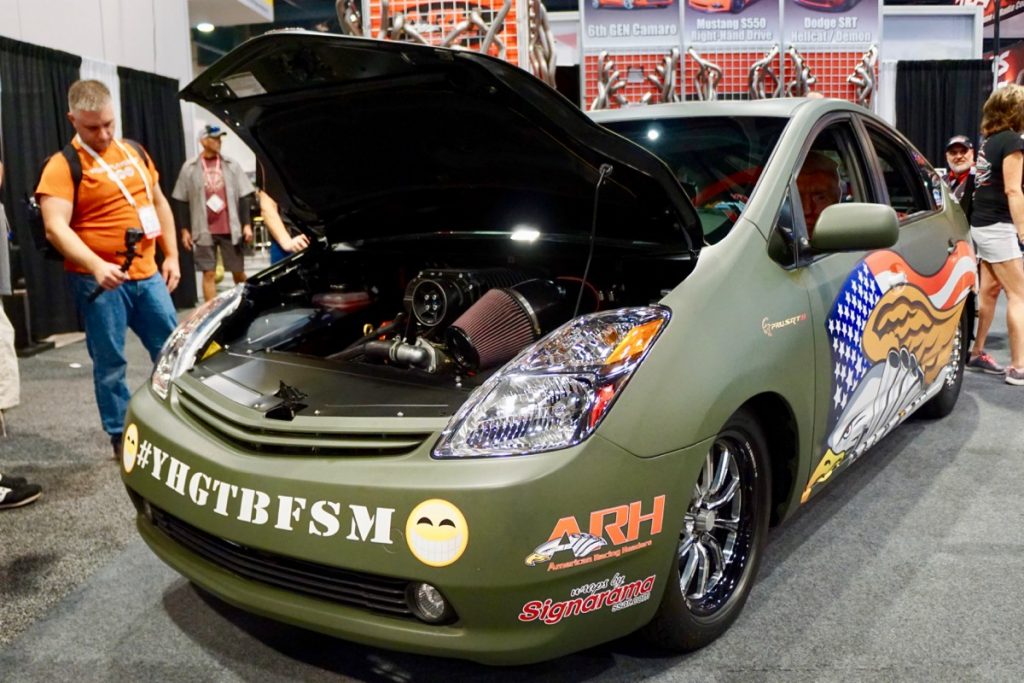 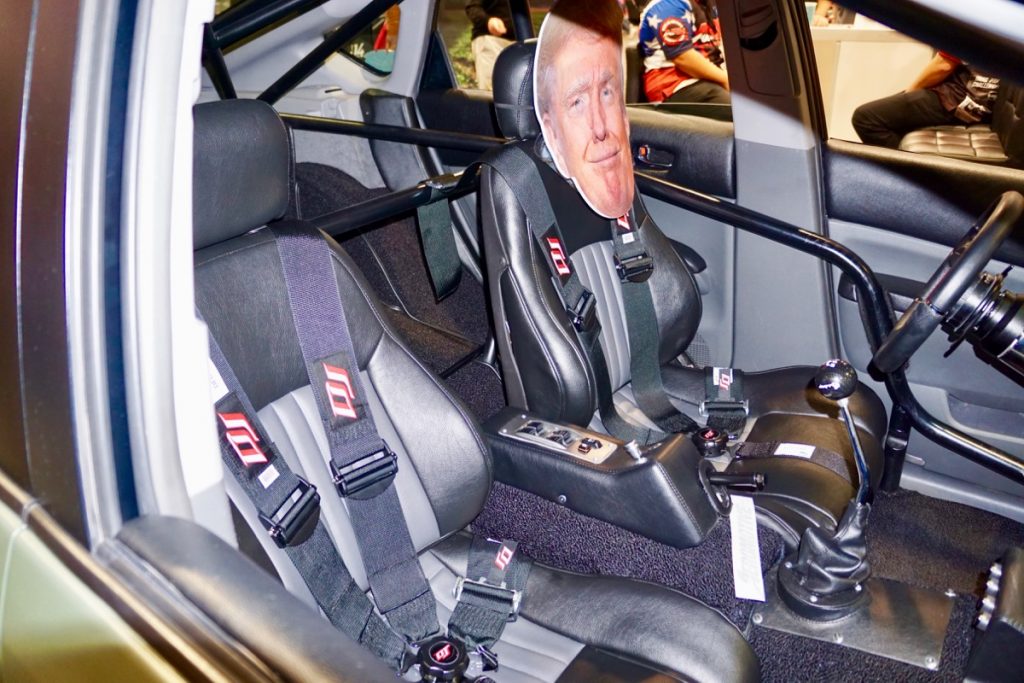