The Latest From Detroit Speed

The latest build from Detroit Speed and Engineering rolled across the red carpet at SEMA 2017.  Move over black and chrome this little red and carbon number is taking center stage.  The gang at DSE was set with the task to create a functional road racer out of a ’67 Chevy II.  The owner wanted it to sit right and get the full Detroit Speed detail, heavy on the road race influence, so he could ultimately hit the AutoCross circuit and race in the One Lap of America event.  Mission accomplished!  The build runs the full gamut of DSE equipment:  front sub frame, rear QuadraLink, mini tubs, inner fenders and everything to stiffen up a Chevy II platform.  It sports shaved drip rails, flush glass and a bit of stock trim.  There are no vent windows, modern mirrors and a carbon hood and deck lid.  The perfect blend of old and new.  It’s powered by a LS7 with Brodix heads and a Holly Dominator MSD intake which is all married to a Bowler 6 speed trans.  And that break from DSE’s signature black is from PPG.  To keep the ride pure comfort off the track it has A/C, a stereo and the all stainless Hooker Black Heart mufflers keep that roar to a purr as this ride motors down the road.  Add a trailer hitch and there you have it form beautifully following function. 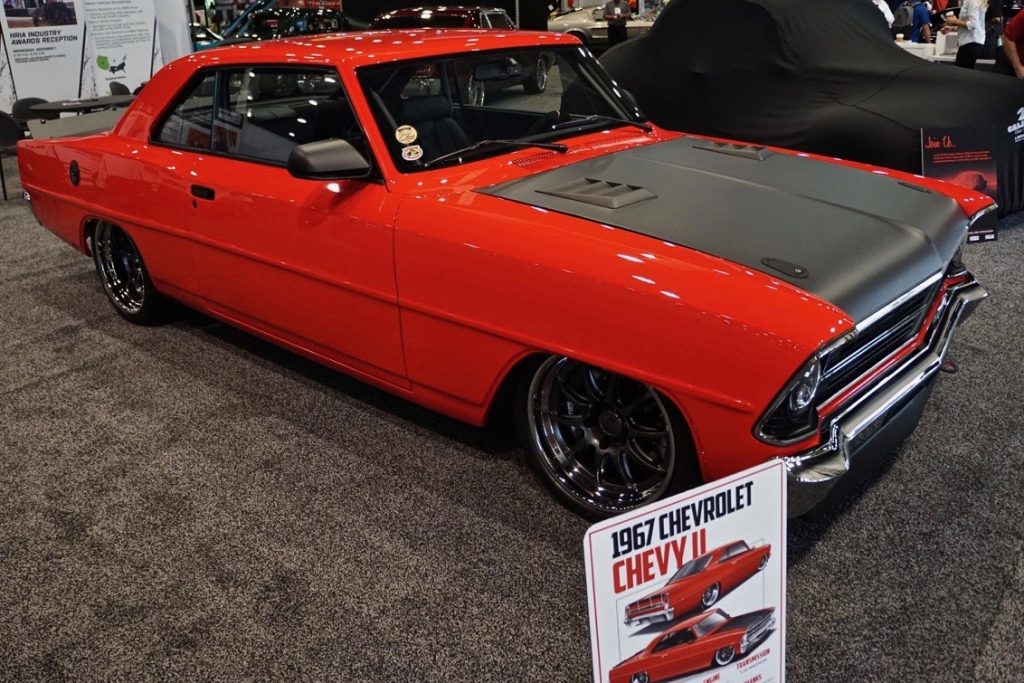 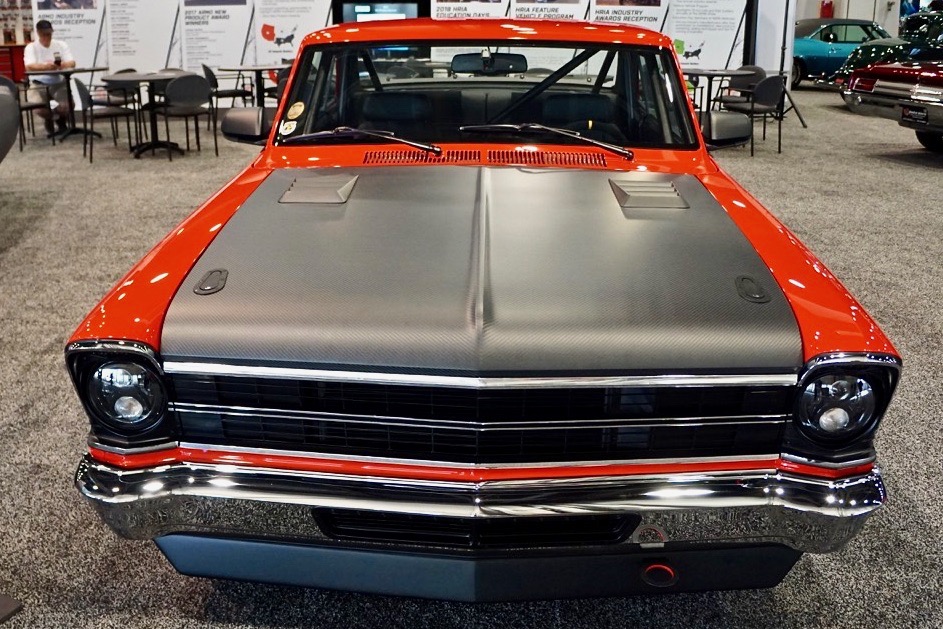 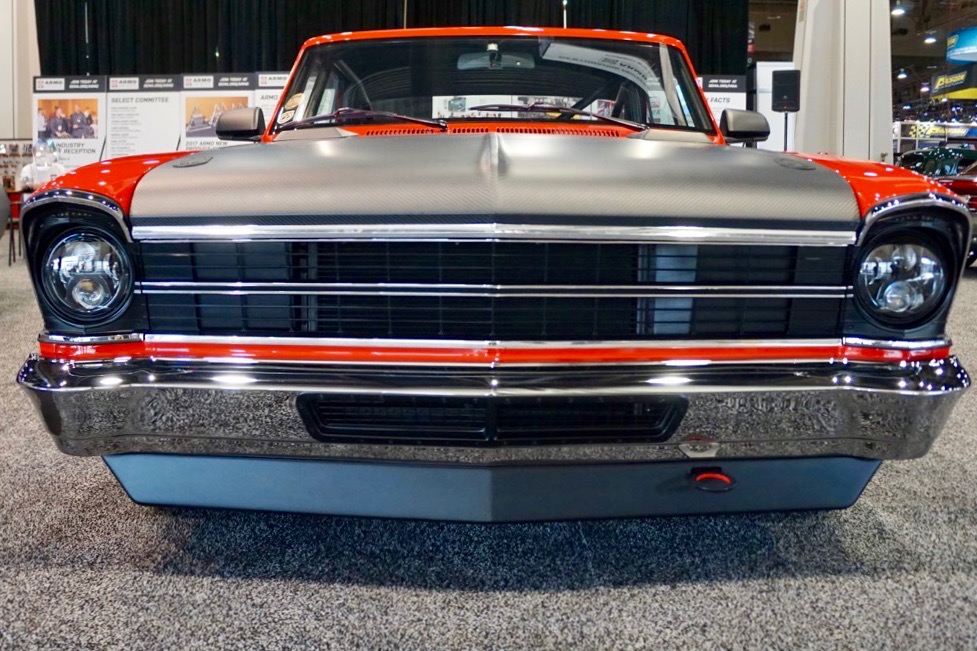 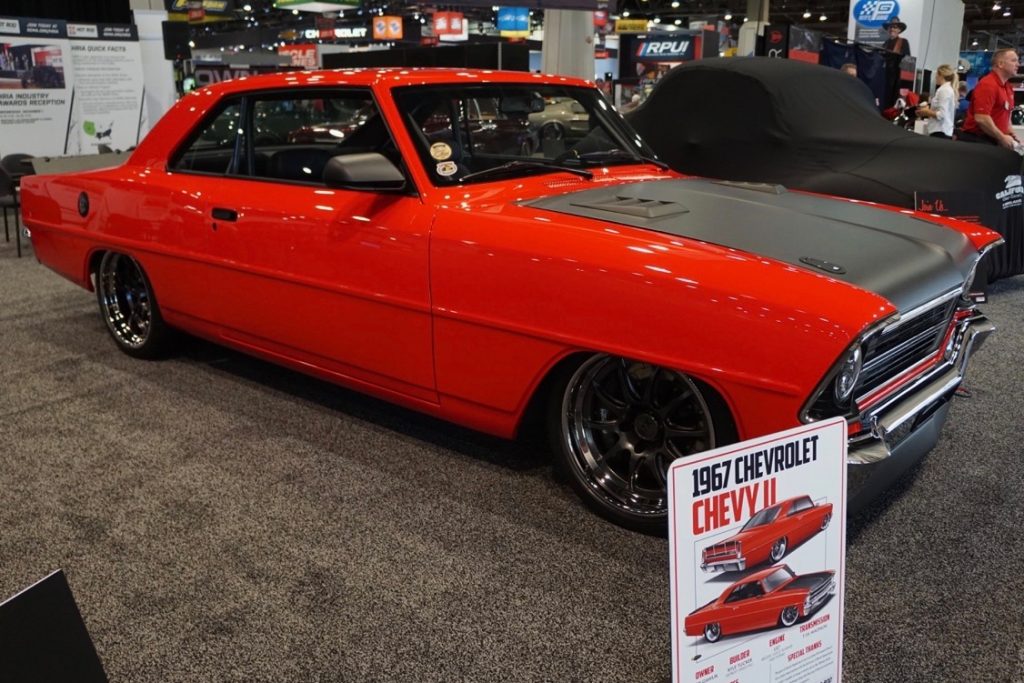 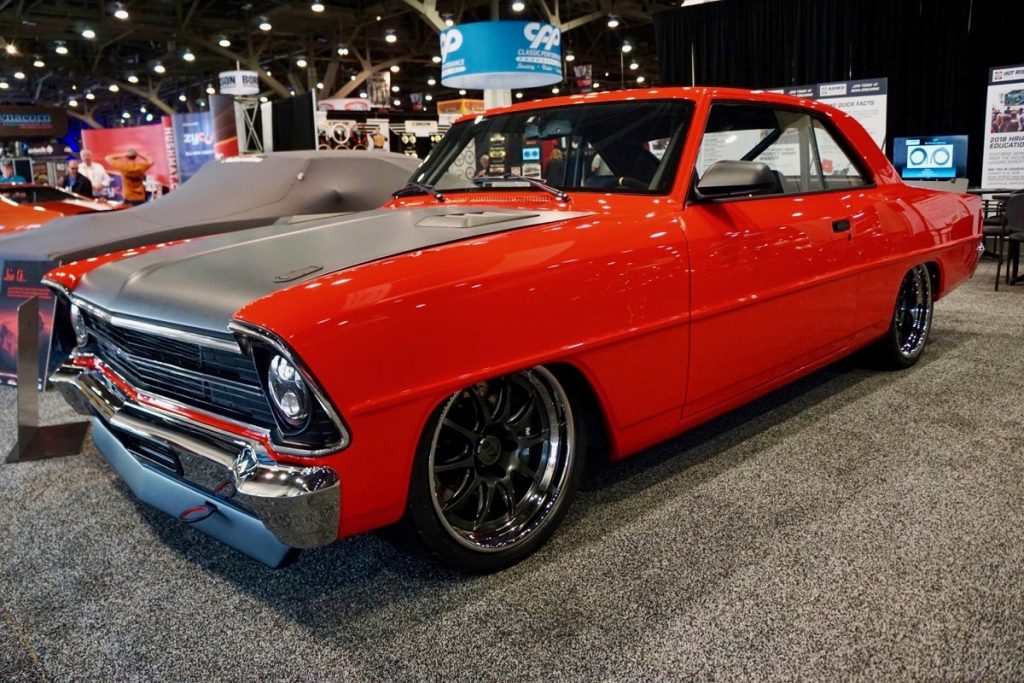 Just a little bit more of this crimson jewel.