Happily, we heard from the creative genius behind one of our most popular rides ever. We can now shed some light on this radical rod and update you on the specifics of this killer Kustom Pontiac.

Does it get any better than Kustom eye candy? We don’t think so. When we saw this ride rolling into the KKOA Leadsled Spectacular last summer we knew it was something special. It’s easy to say, this perfect Pontiac upped the kool quotient in Salina, Kansas exponentially.  At a show where “Kemps are Kool” is the slogan, this ride embodied that and then some.

The brain child behind this build is a fellow by the name of Jason Smith. He was very generous to share the story of the his build with us. Before the details were shared, his first order of business was to thank the people that helped bring his Pontiac to life. The helpful gang are as follows; his dad Robert Smith Sr, his brothers Allen and Glen, his son JJ and nephew Steffon. Thanks fellas y’all created one heck of a ride!

As the story goes after a failed attempt to purchase a ’56 Buick, Jason came across the ’53 Pontiac and found his project. Over the 20 plus years Jason has had this Pontiac, the car as seen several incarnations. Starting with mild customizations; removing the chrome, lowering it and adding a Pontiac 400 motor and trans. Then round two involved a color change, even further lowering and the addition of a sun visor and lake pipes. 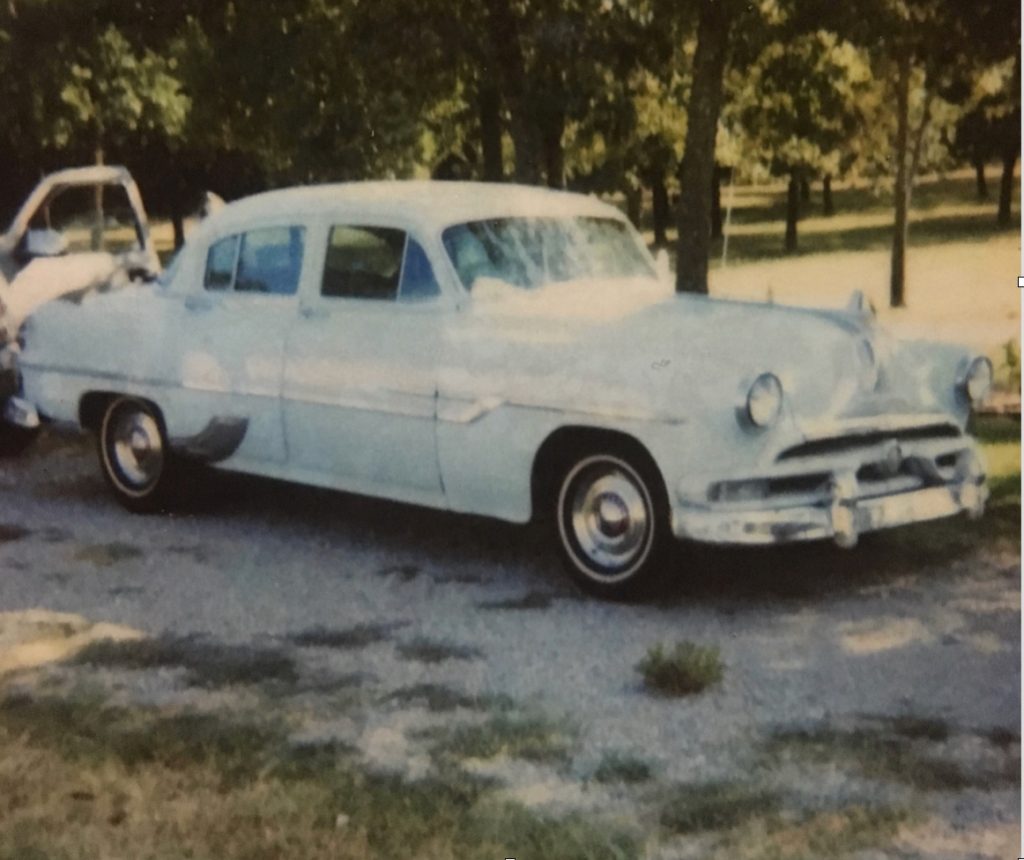 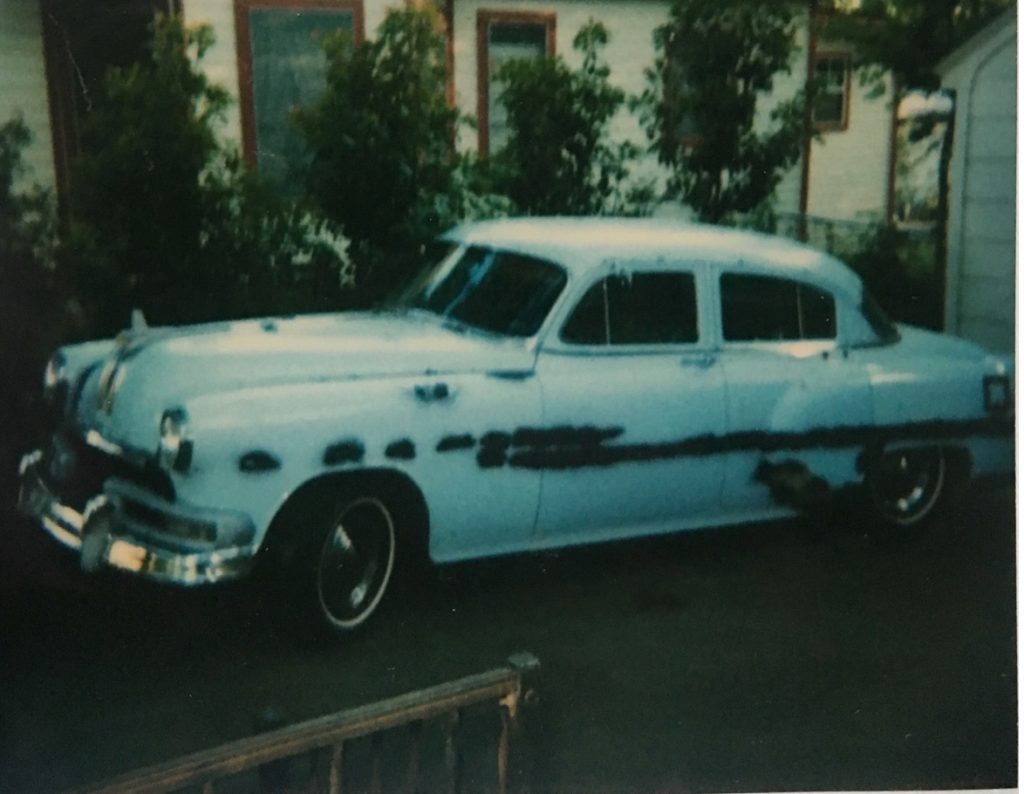 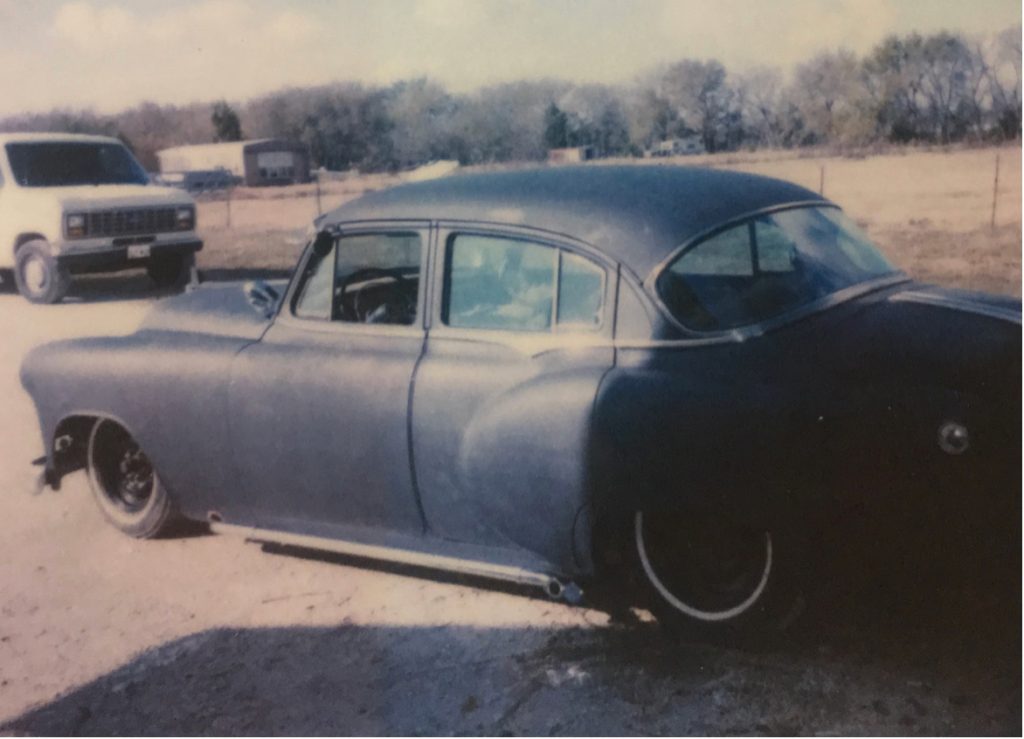 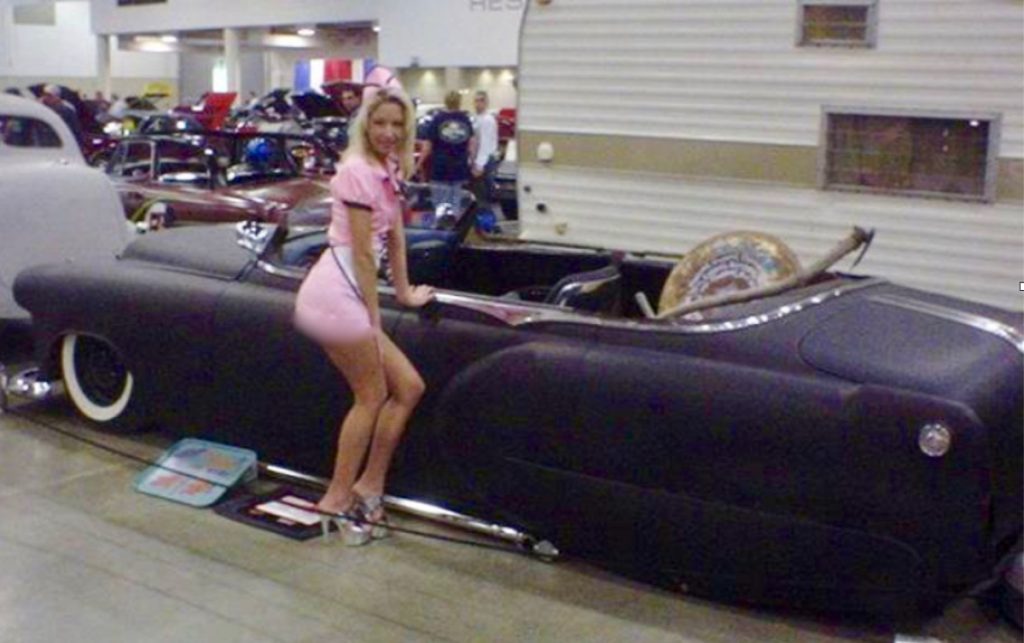 The third time was the charm for this GM gem where the Pontiac went from mild to wild. During this last “wild” phase, the list of mods on this Kustom Kreation grew exponentially. From front to back this ride embodies Jason’s Kustom vision. He frenched and extended the headlights 3 inches, added a front bumper from a ’55 Buick with a ’59 Cadillac grille bar. He hand fabricated the all metal Carson styled top. ’60 Plymouth fury fender trim, bubble skirts and custom tail lights were added. The rear quarters were stretched and reshaped. In addition, he fabricated the dash adding ’63 Chrysler gauges. The Pontiac has a 4 inch channel and a ’79 Caprice suspension with full air ride provides the foundation for this rad ride. 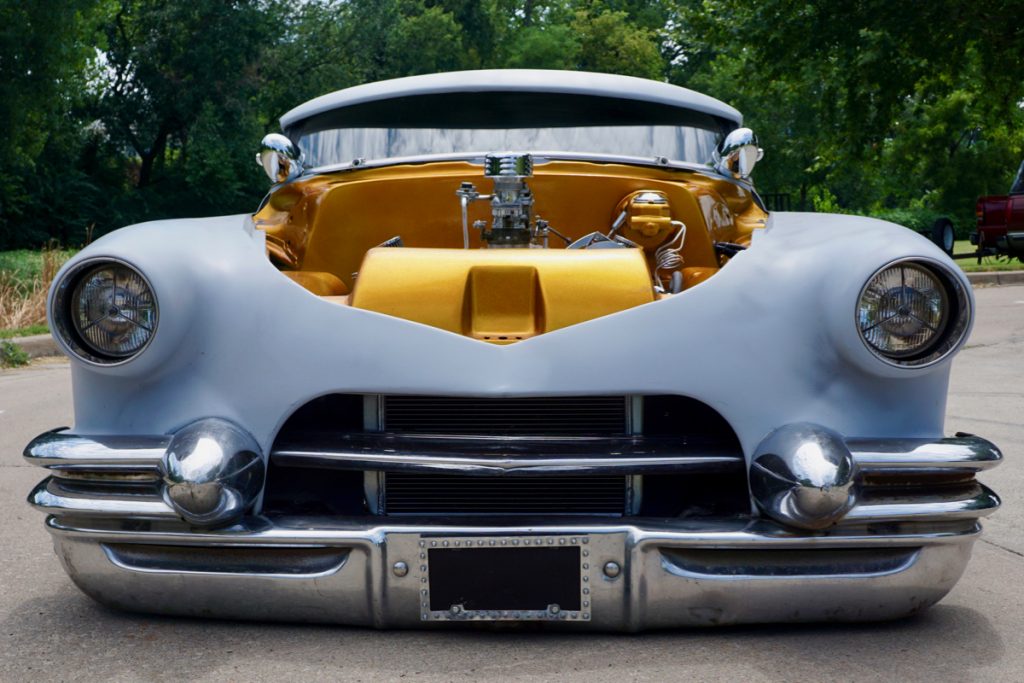 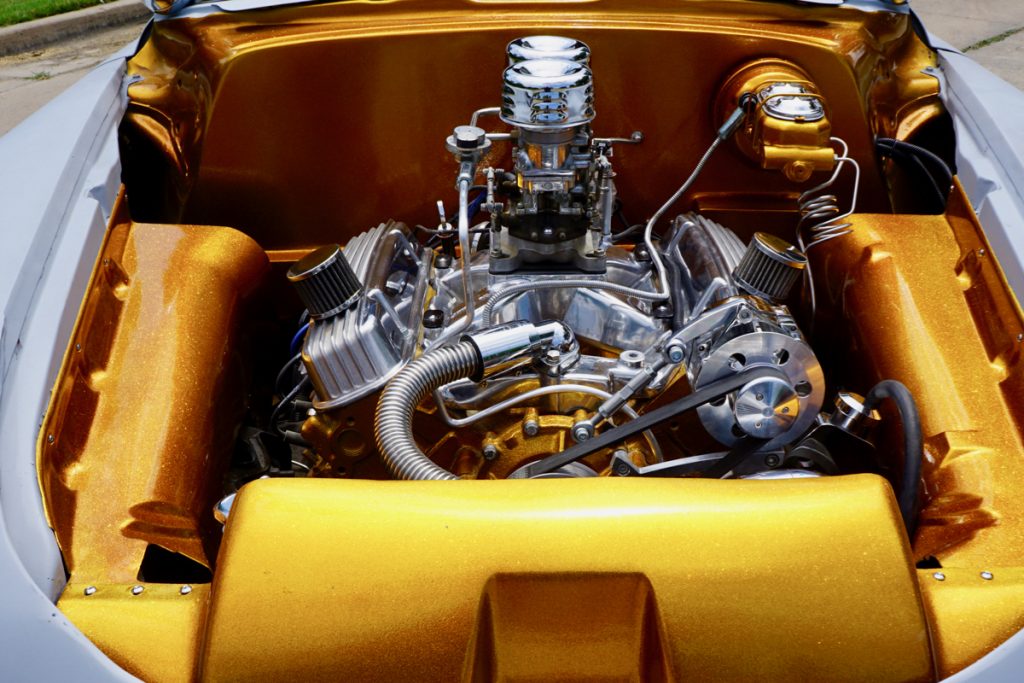 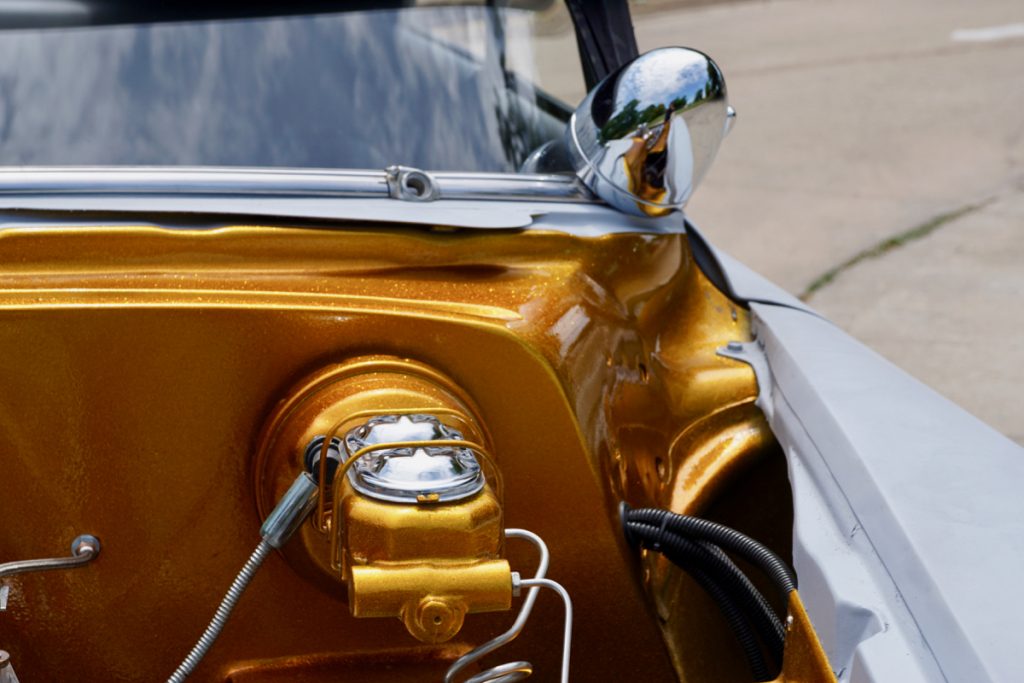 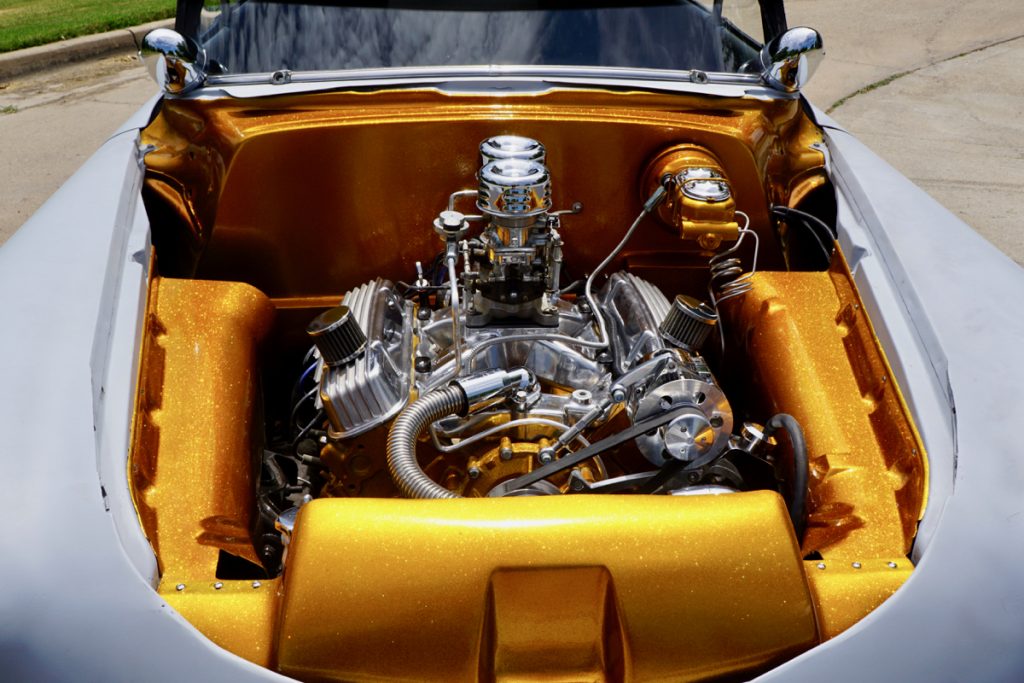 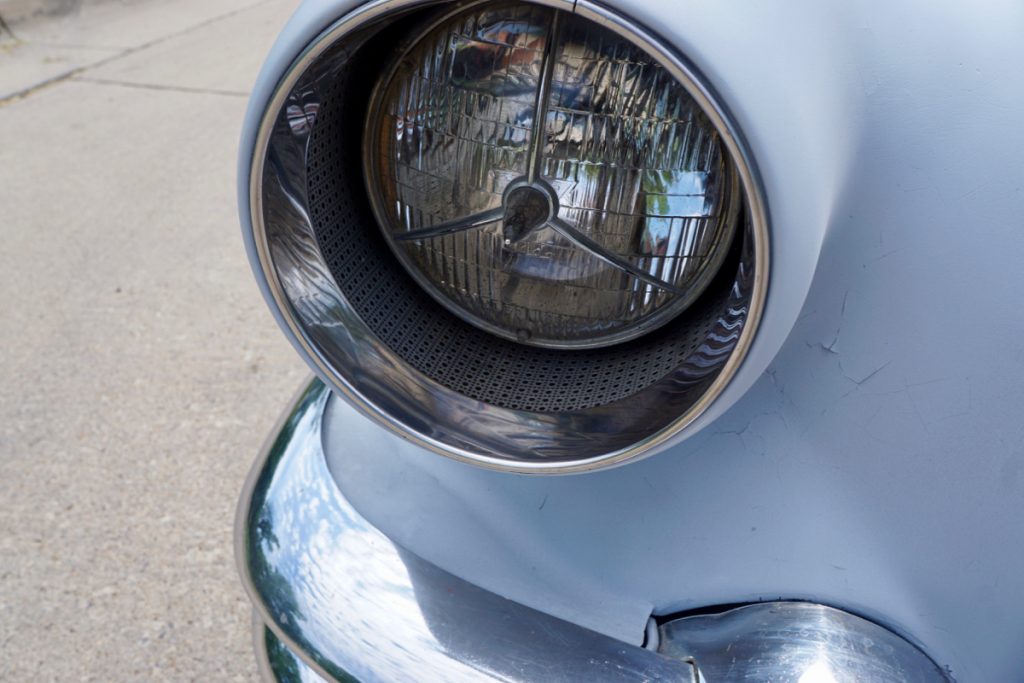 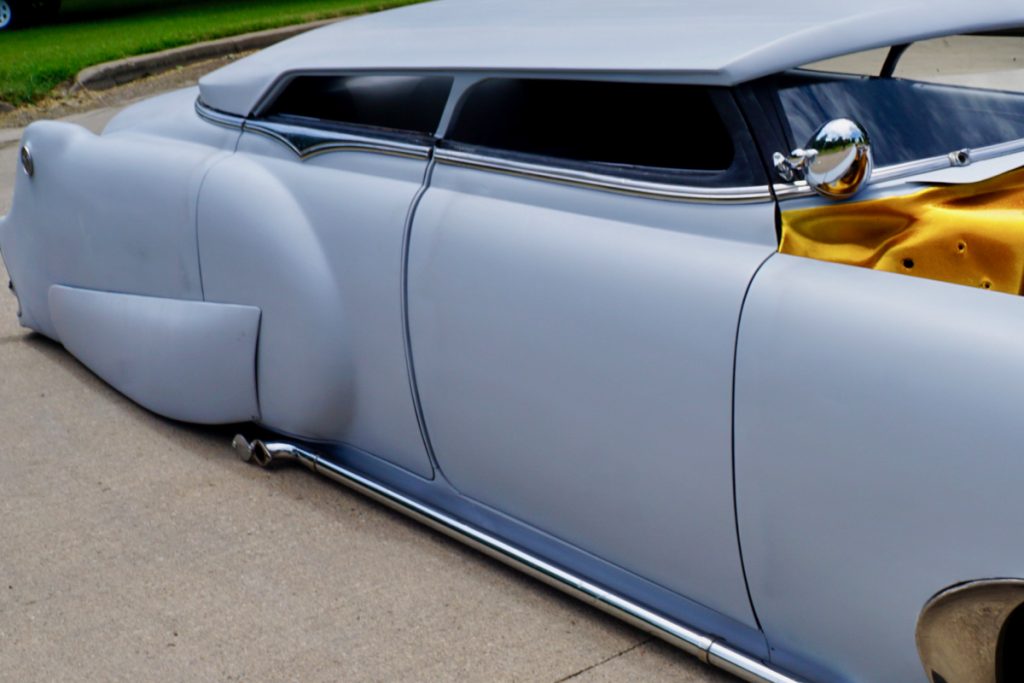 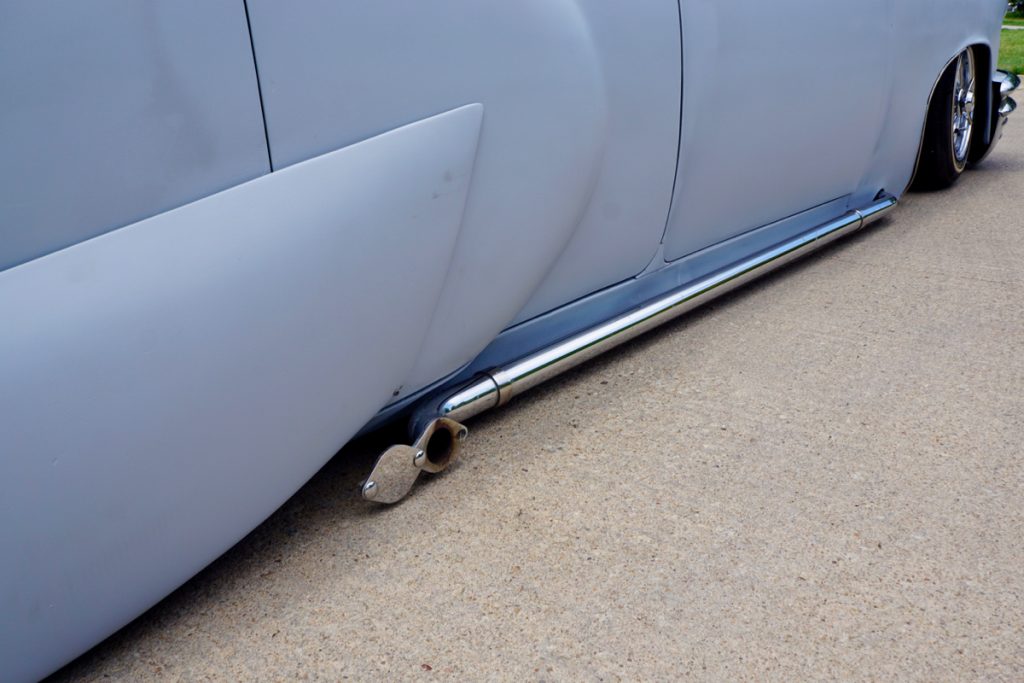 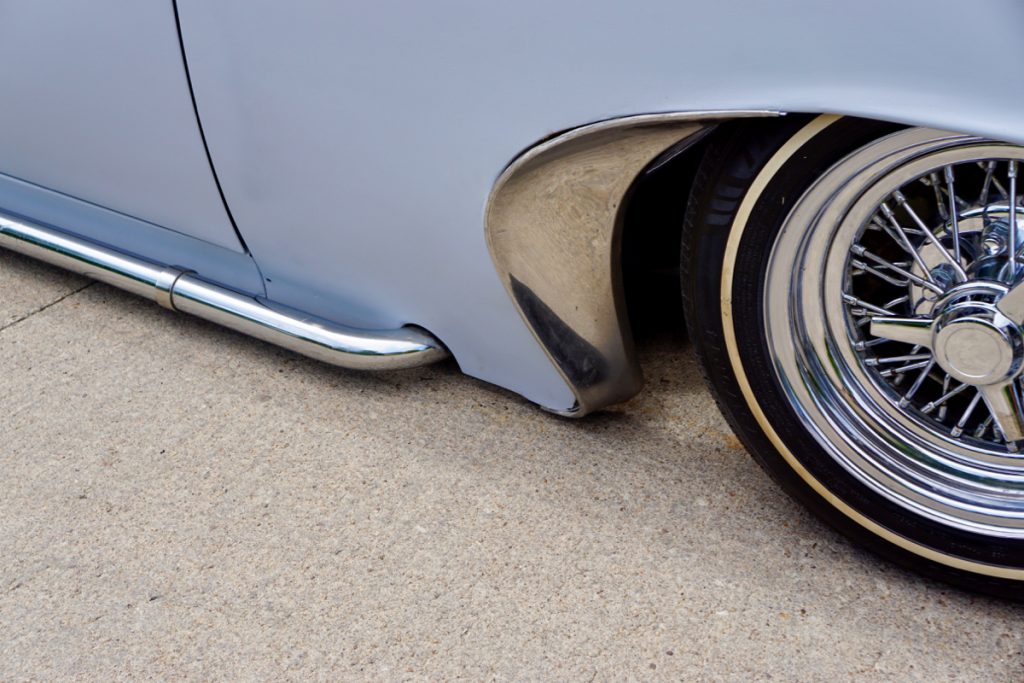 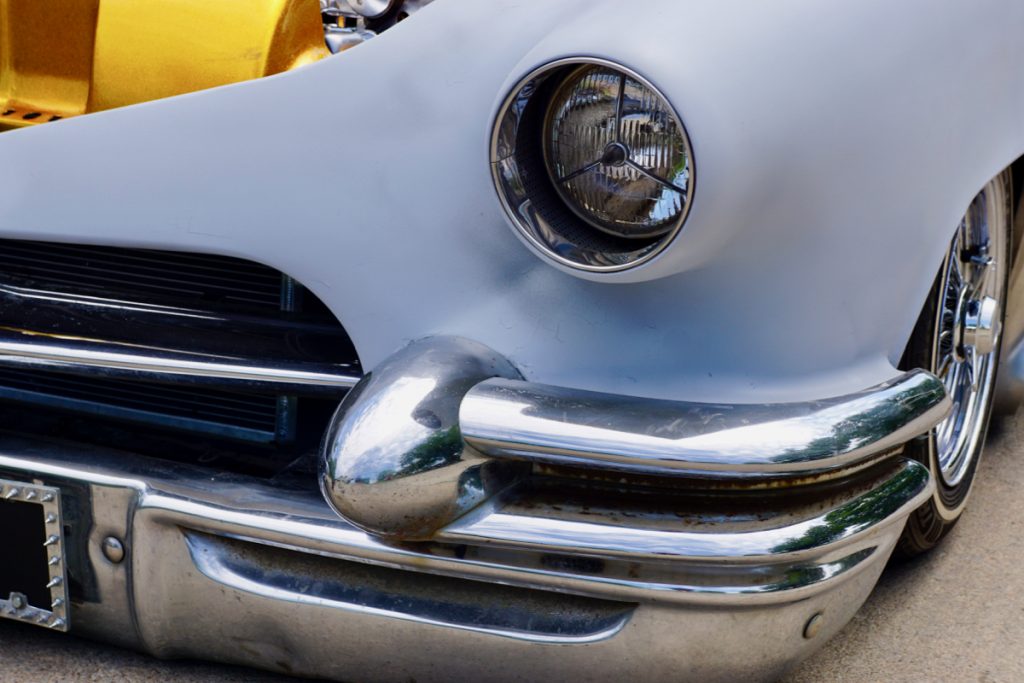 Jason may have saved the best for last, his ride is almost more radical in the rear than anywhere else. 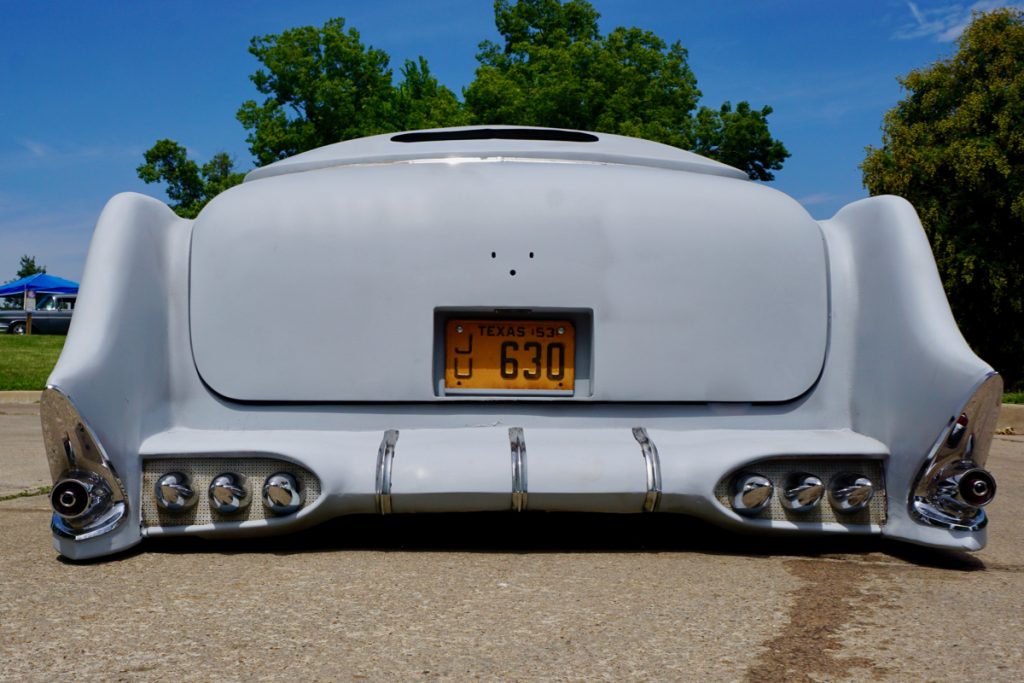 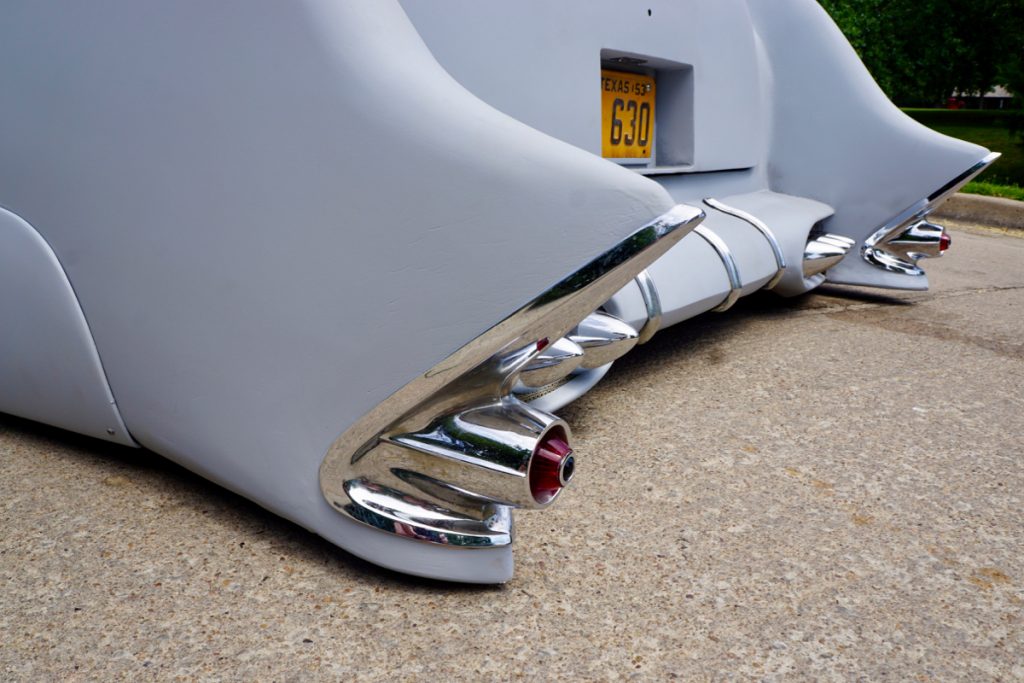 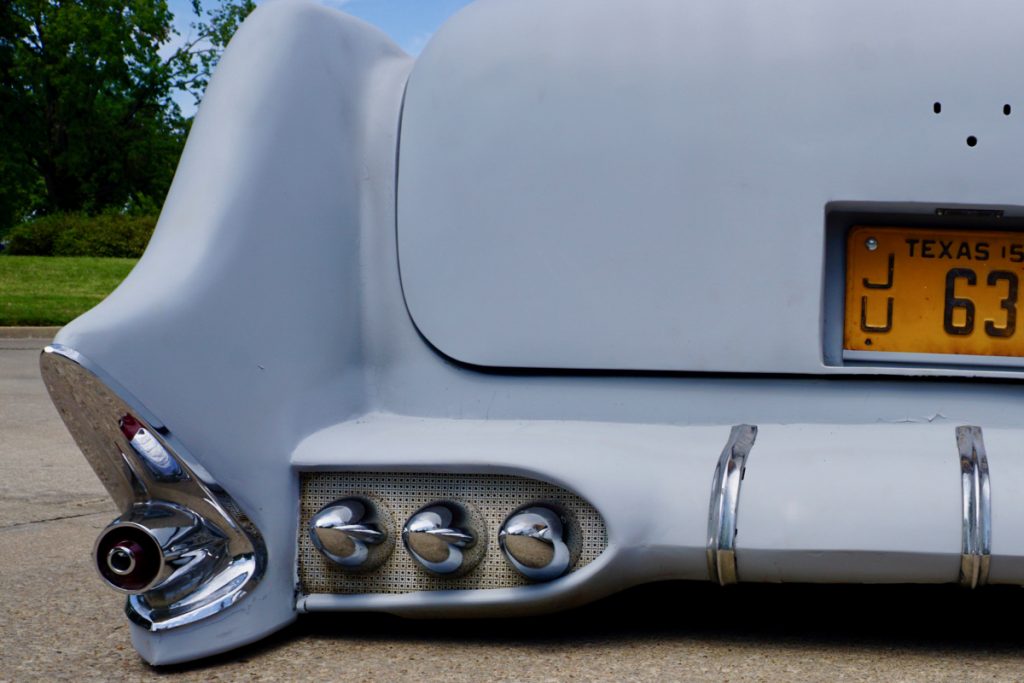 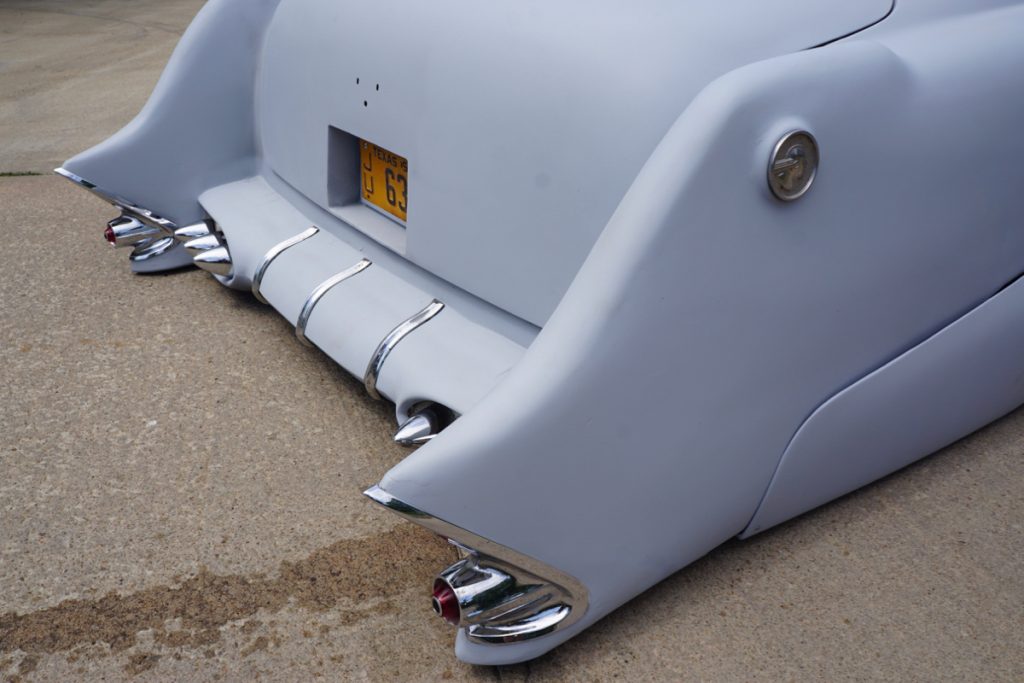 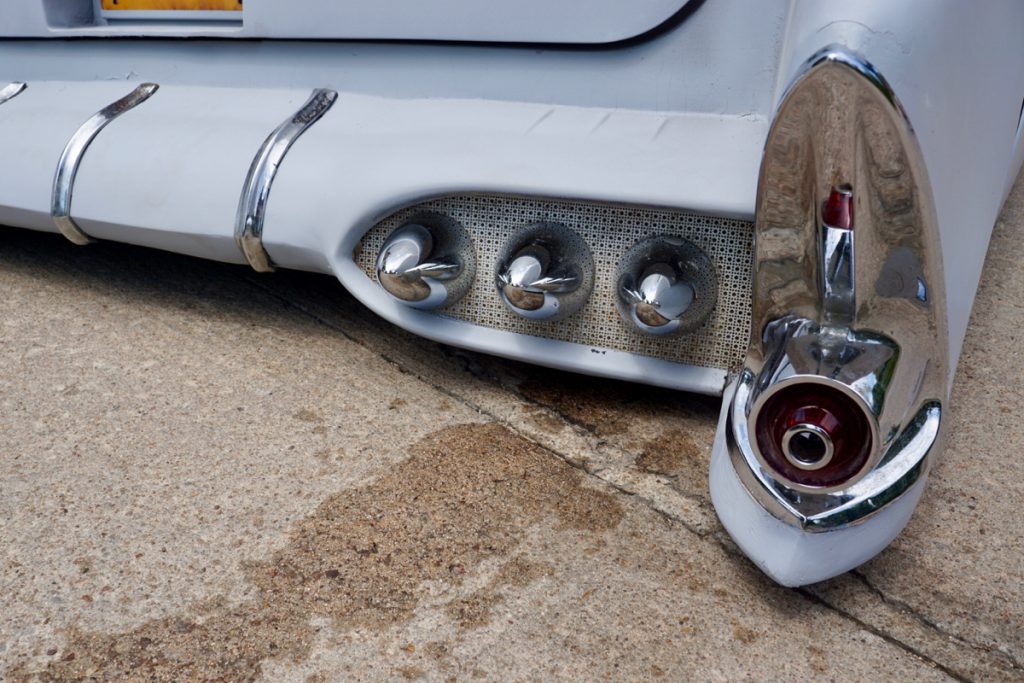 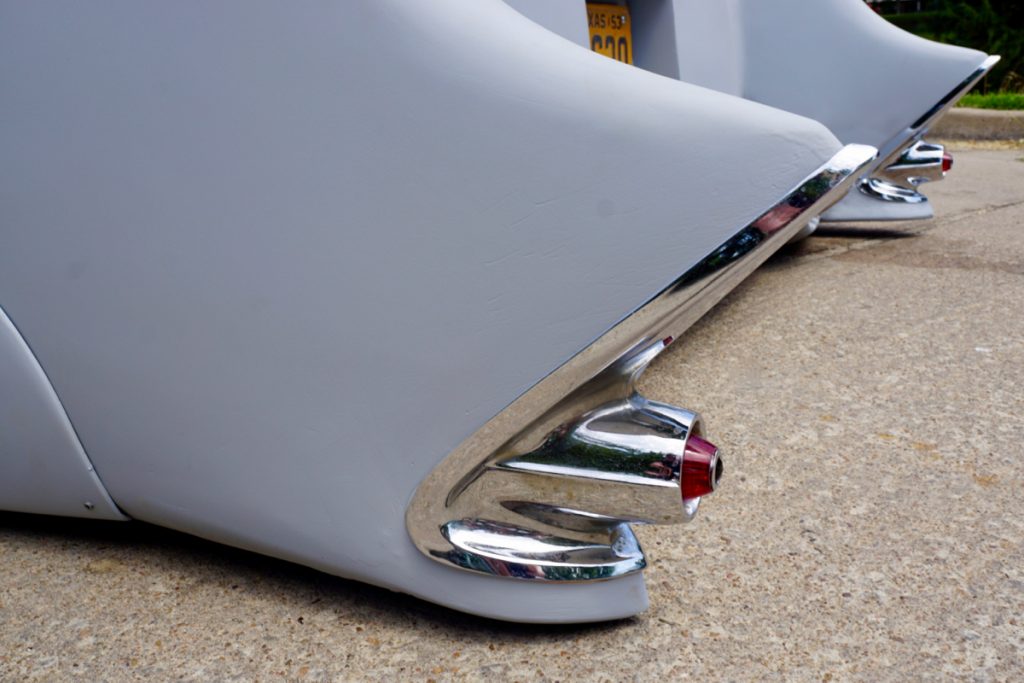 The future holds a lot for this radical ride. Jason and company are really going to have to work their magic on the rear fender skirts to accommodate the suicide doors. In addition to the full custom interior, there will be bumper mods, rounded body corners, paint, and louvers, louvers, louvers. I for one can not wait to see this beauty finished. Although she ain’t too shabby as is! Keep wrenching, all in all this Pontiac is one for the books. And it’s a big high five for Jason and company for thinking outside the box. 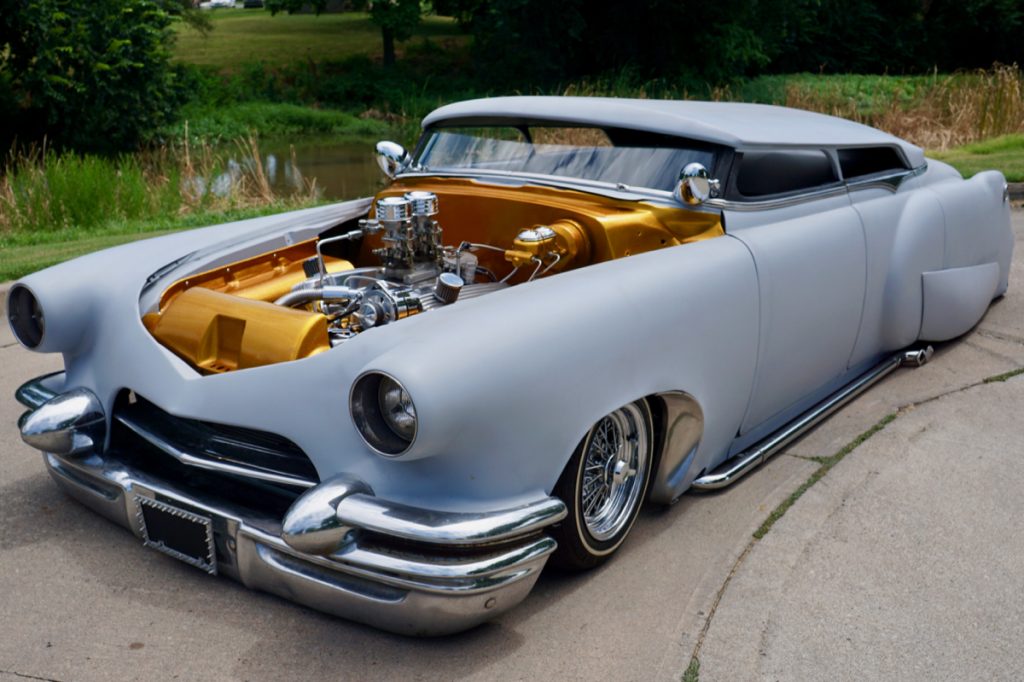 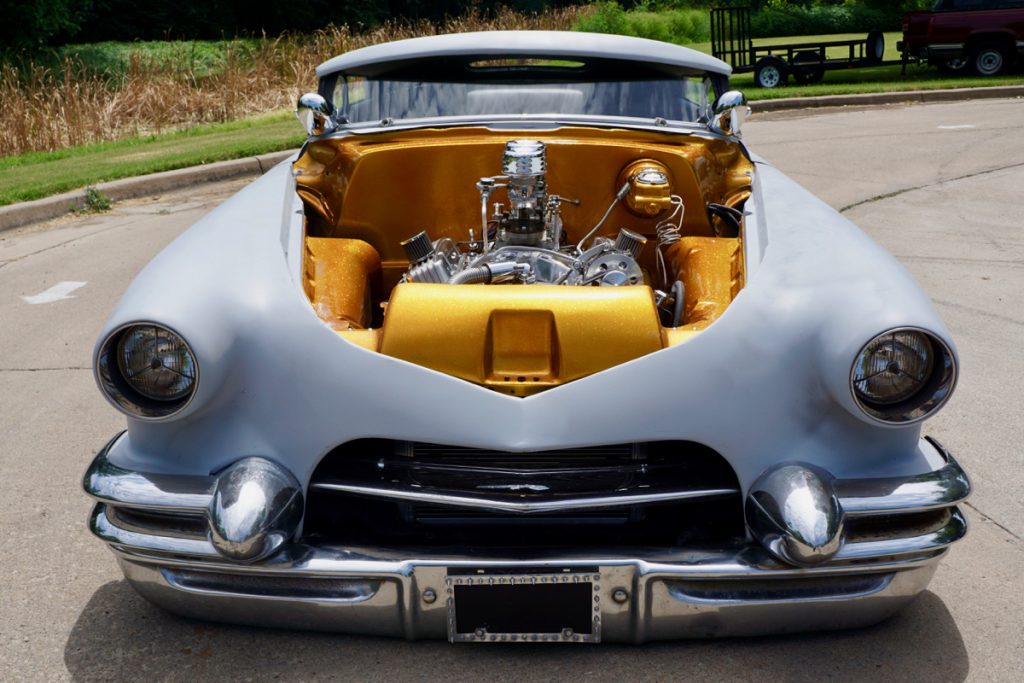 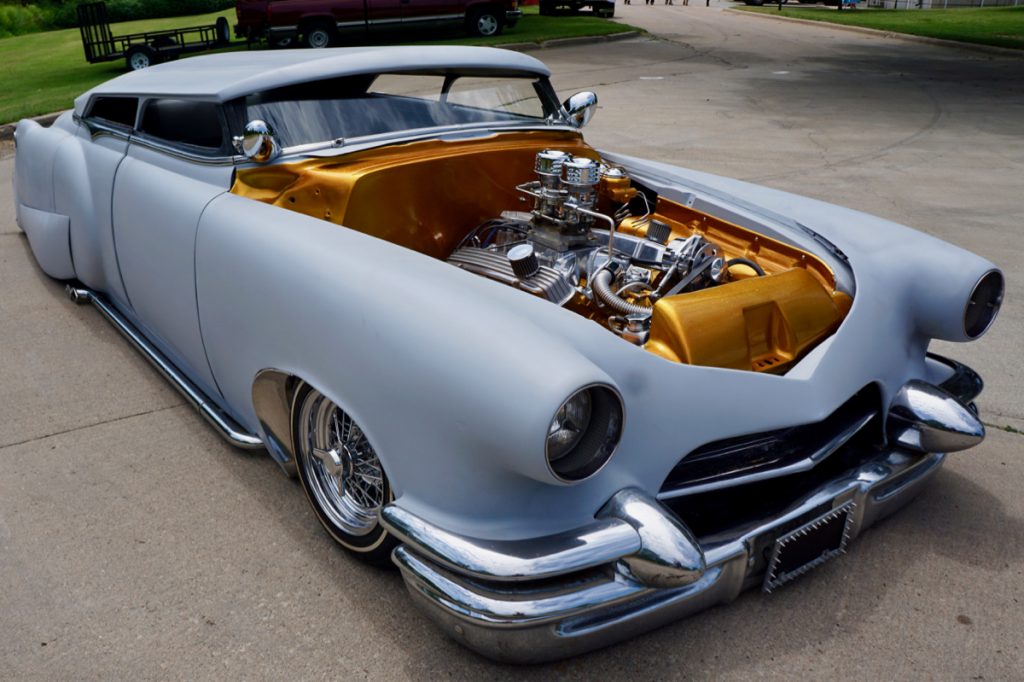 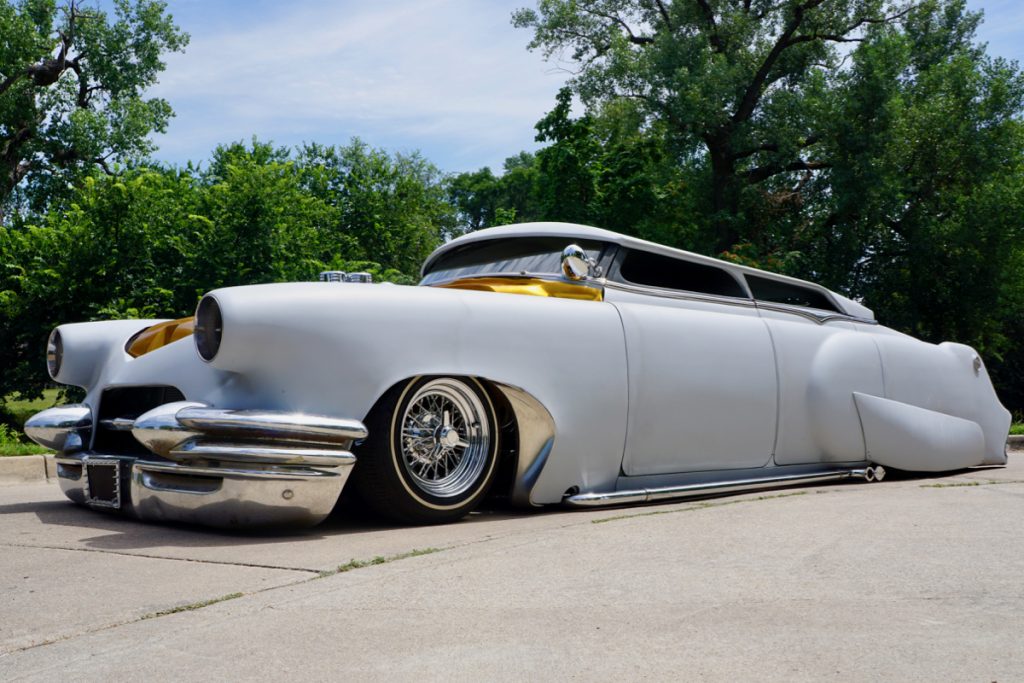 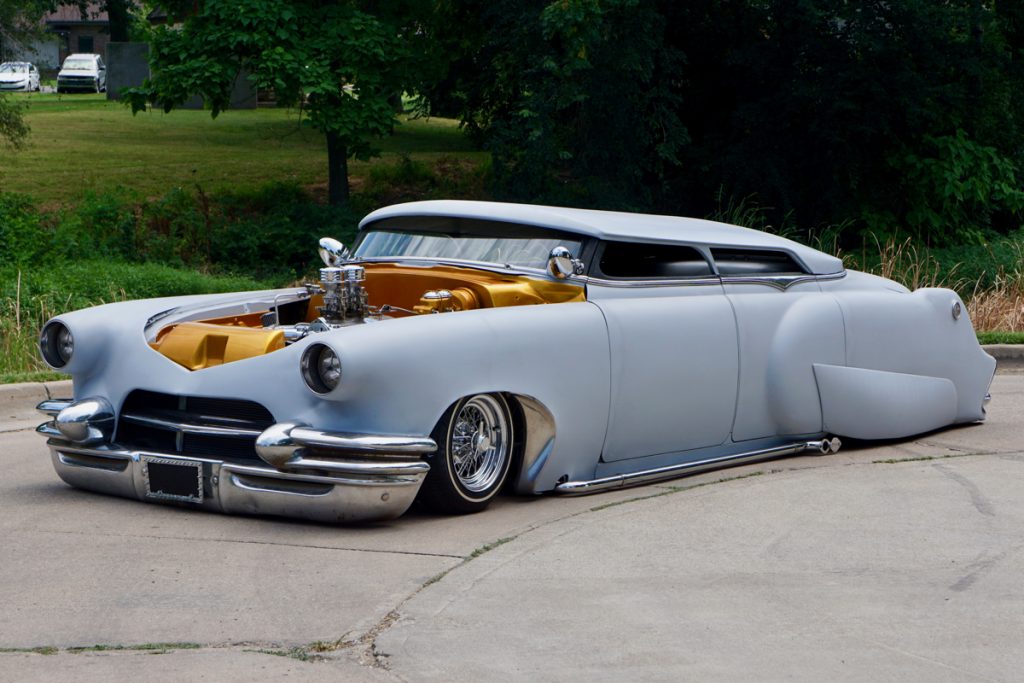 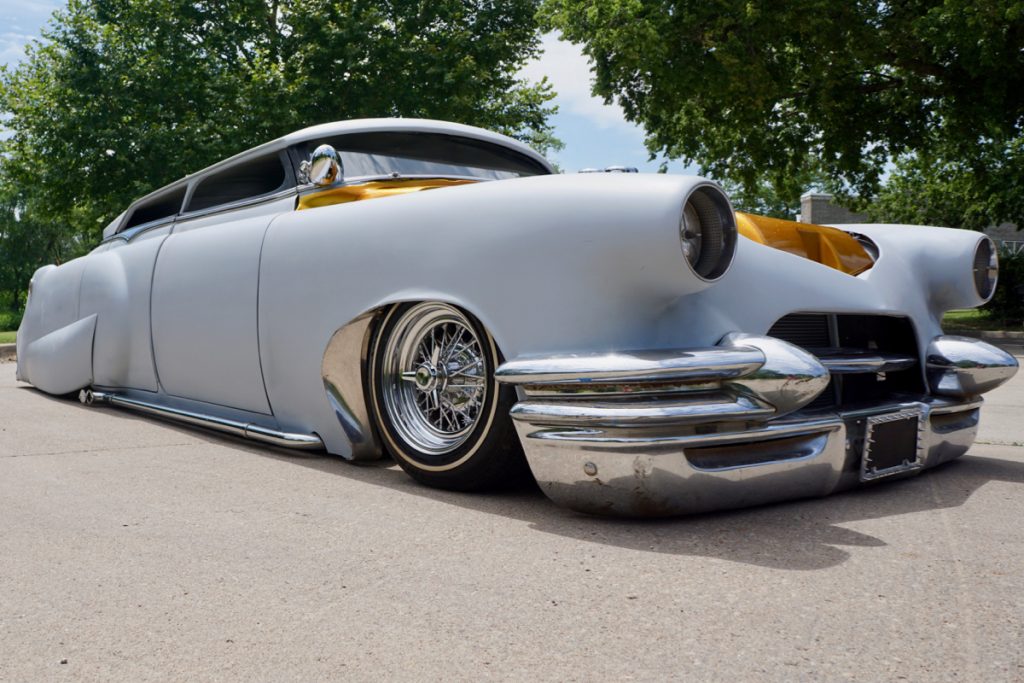 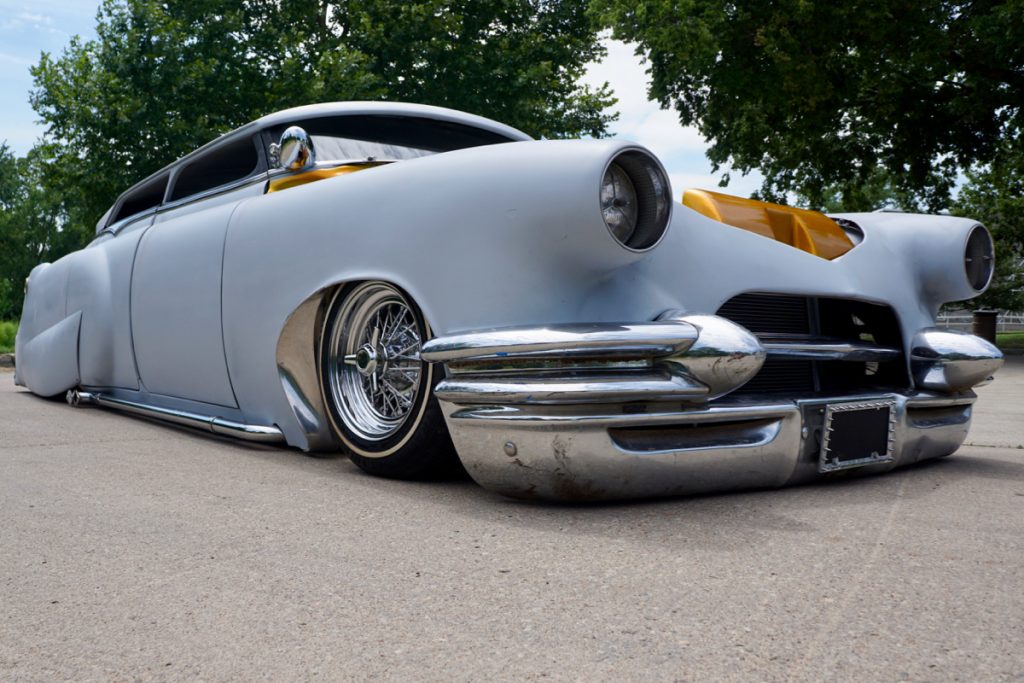 This is one Kool Kustomer!

Like what you see, want to see more? Head over the the Pony Girl Show Stopper Gallery, it will not disappoint.