You will never see mild at the SEMA Show.  Middle of the road, vanilla or average need not apply.  Over the top everything is the name of the game and one look at this next ride and you will understand where we are coming from.  “Resurgence” from Resurrected Rust Garage is the definition of the phenomenal outrageousness that the makes the SEMA Show beyond compare.

Gary Fisher aka “FishOn”, and his crew at Resurrected Rust Garage know a thing or two about a thing or two, especially when it comes to building outrageous over the top unexpected rat rods.  In a Build Off put on by Rat Rod Magazine, Gary and company won 2 consecutive years.  “Resurgence” was built for the 2015 competition and drove off with the win.  There have been some updates since the original build but when it was completed in 2015, it came in under budget at a whopping $2,600.  There is a $3,000 limit on builds for the competition.

“Resurgence” is a kaleidoscope of different parts.  The 16 ft, 6 inch frame came from a 1972 Dodge Motorhome.  The headlight buckets came from a Diamond T.  Schwinn bicycle frames augment the front end.  The cab came from an AutoCar COE truck.  Salvaged military surplus fuel tanks hold the go go juice for this beauty.  There are donor parts from a Model A, Model T and a ’36 Chevy.  The 5 foot exhaust pipes and the copper inlays just scratch the surface of the list of hand fabricated pieces.  This 23 day build is creativity and innovation at it’s best!  And I guarantee you have never, ever seen the likes of “Resurgence” before! 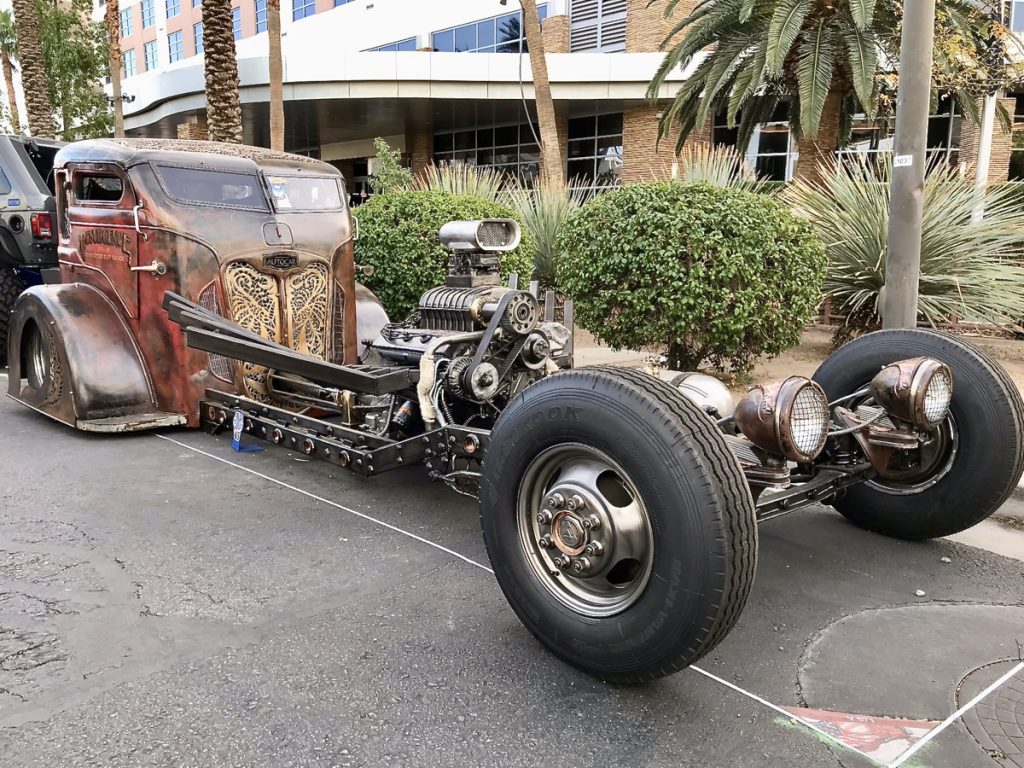 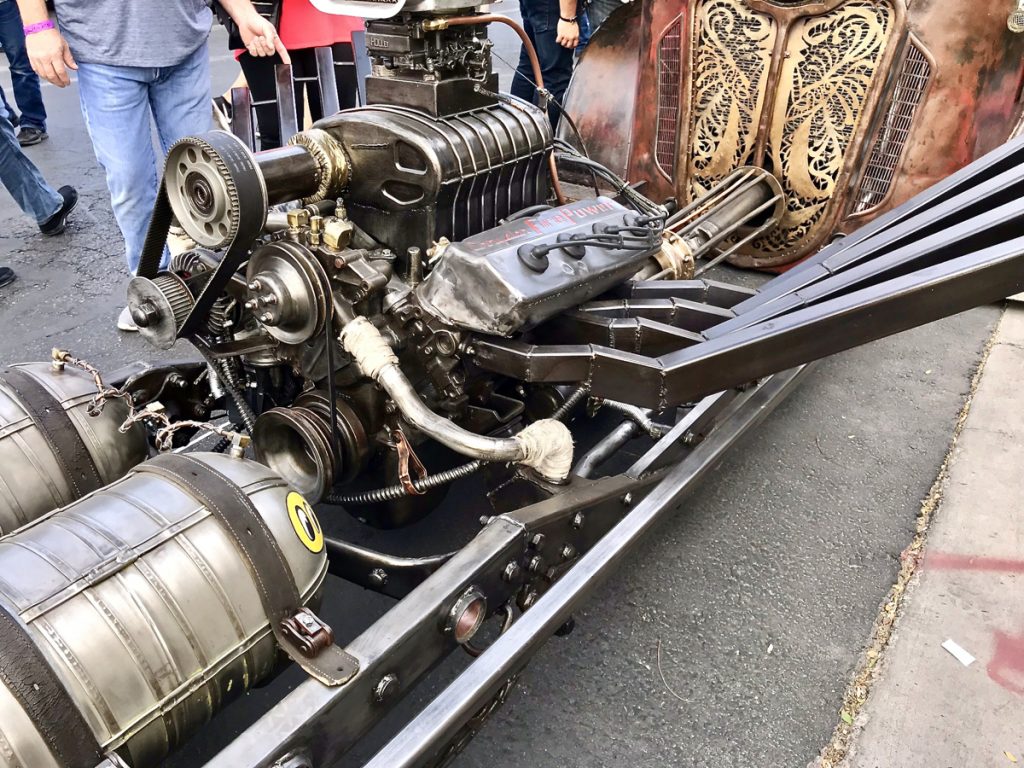 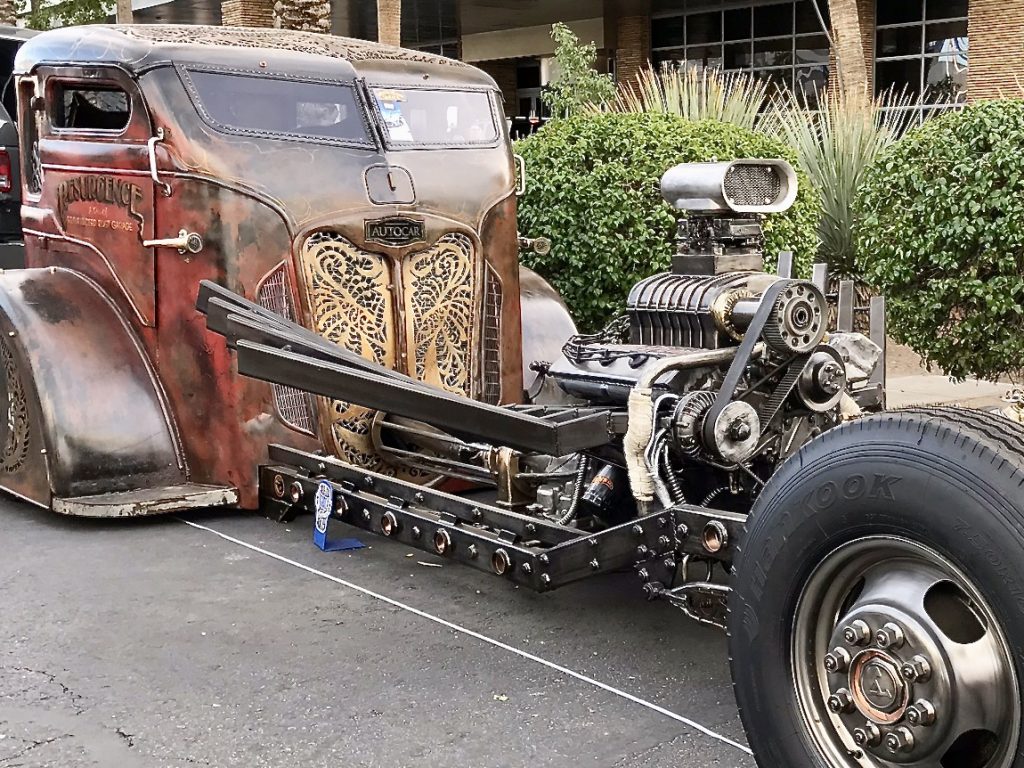 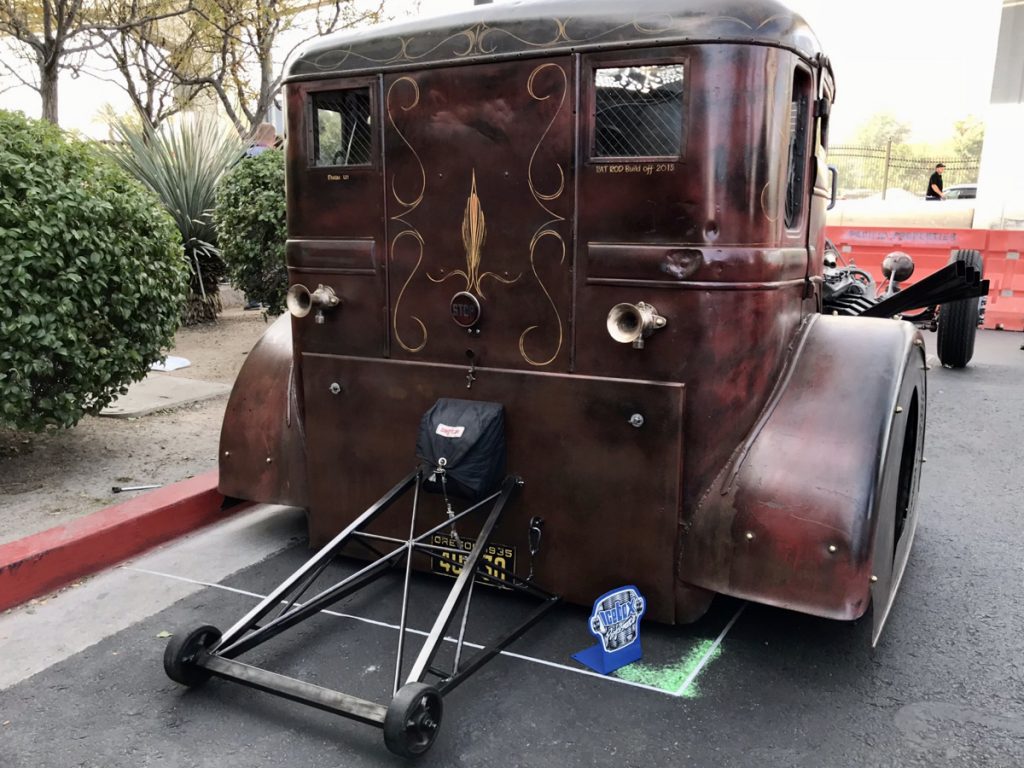 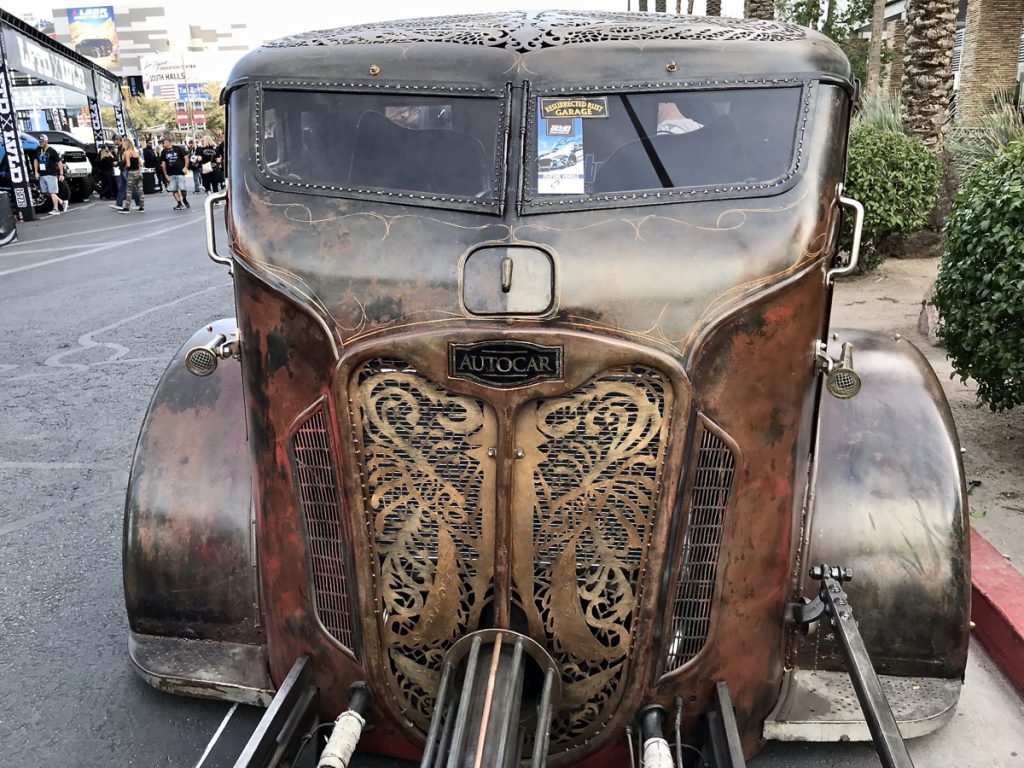 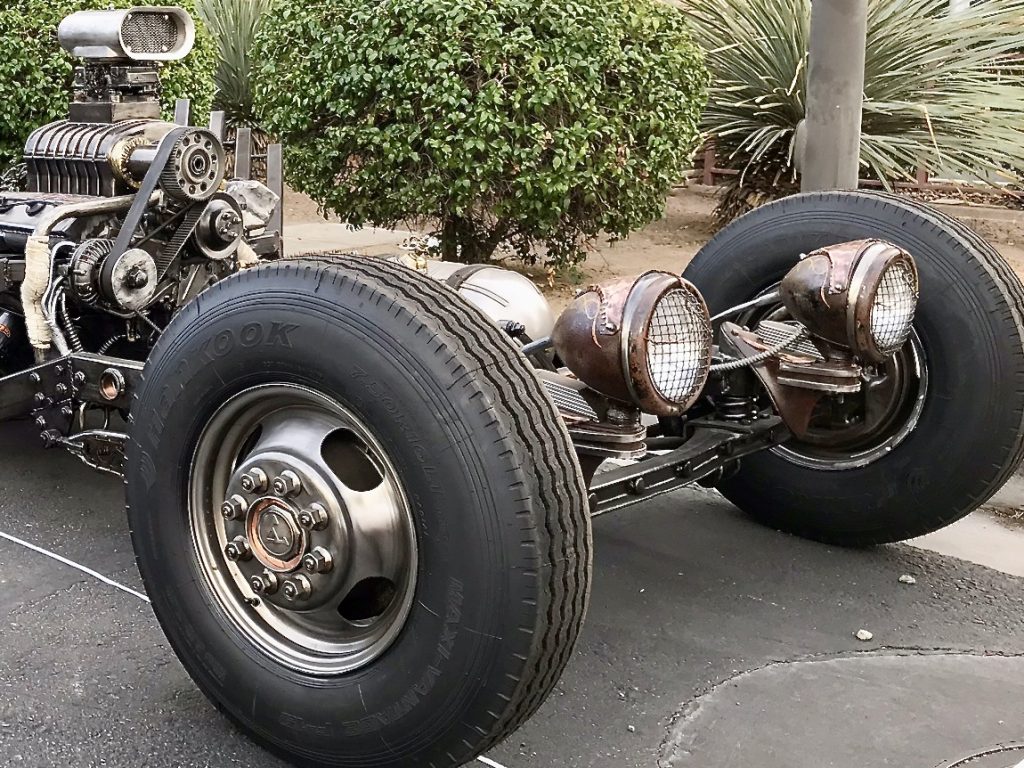 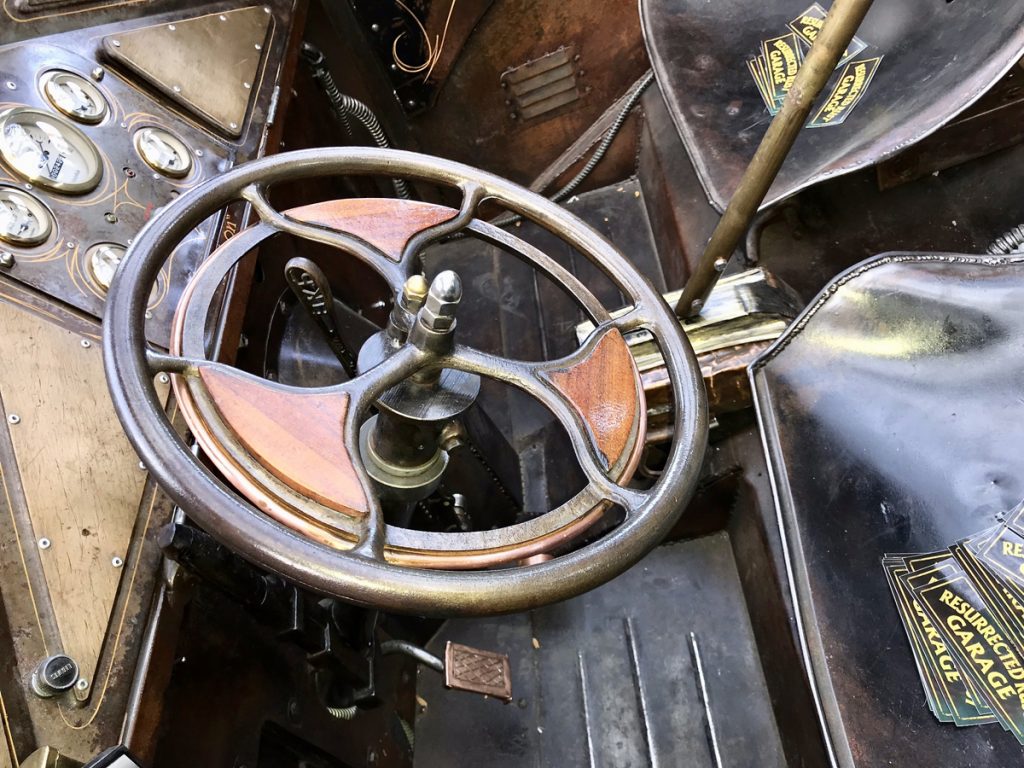 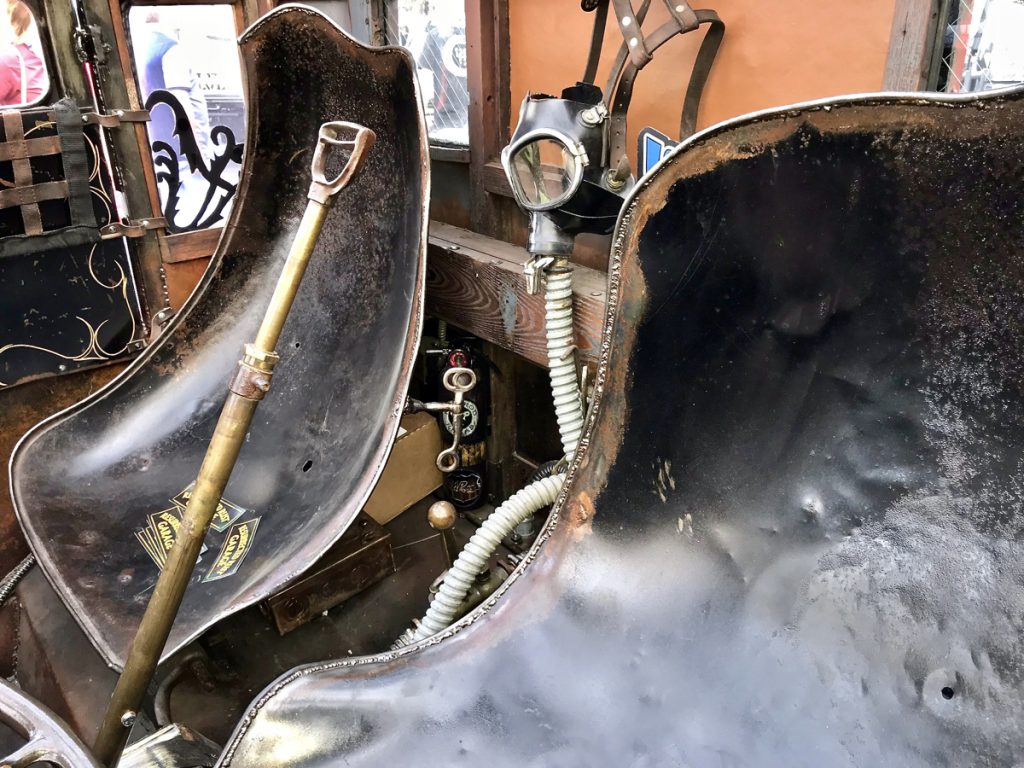 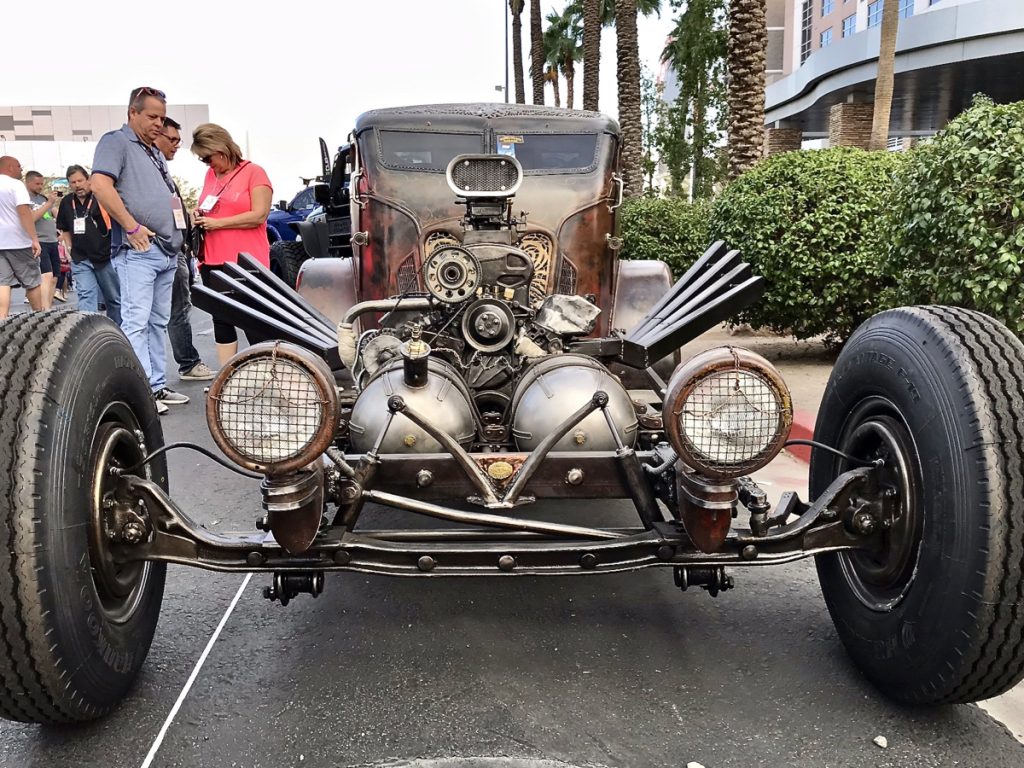 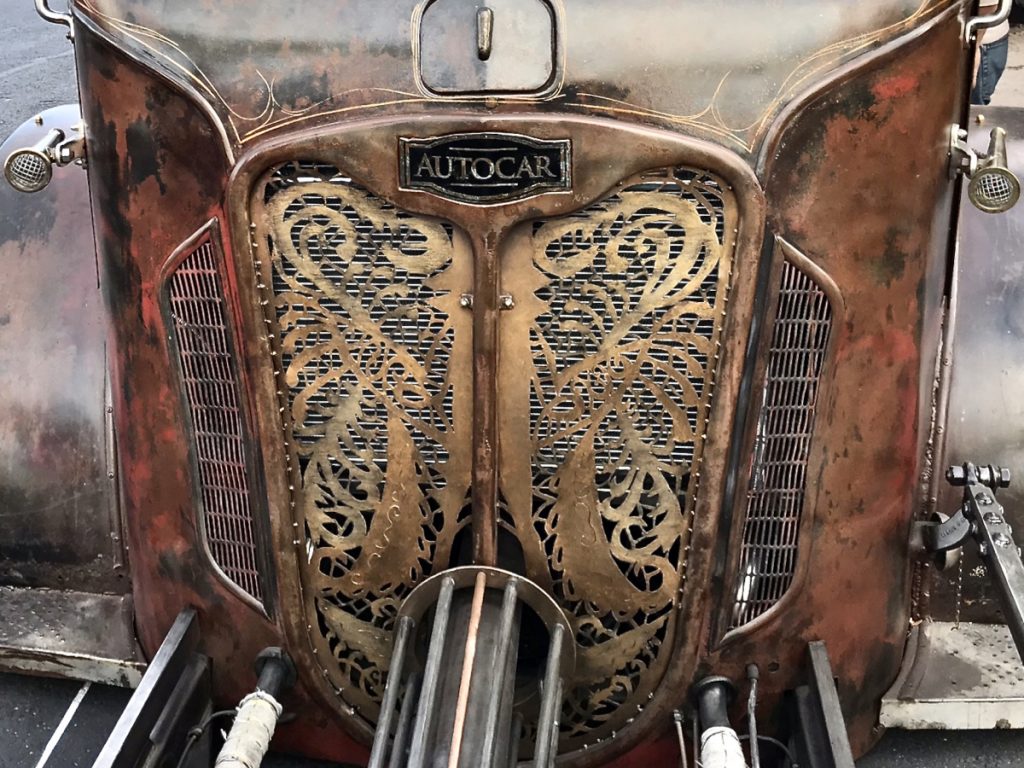 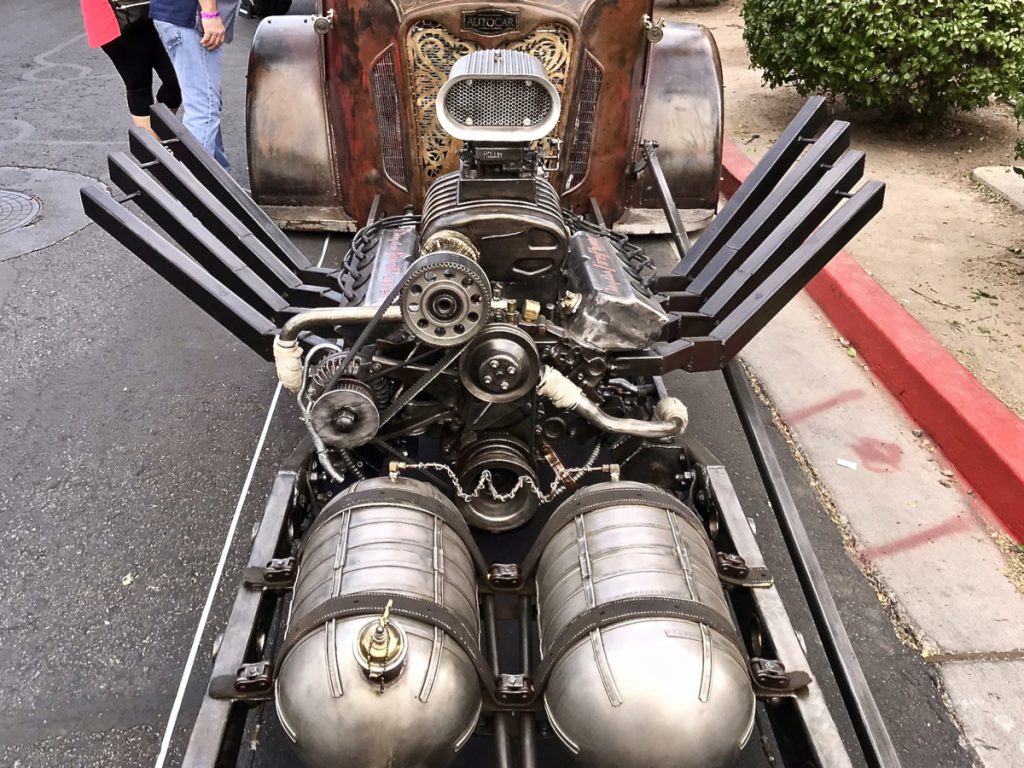 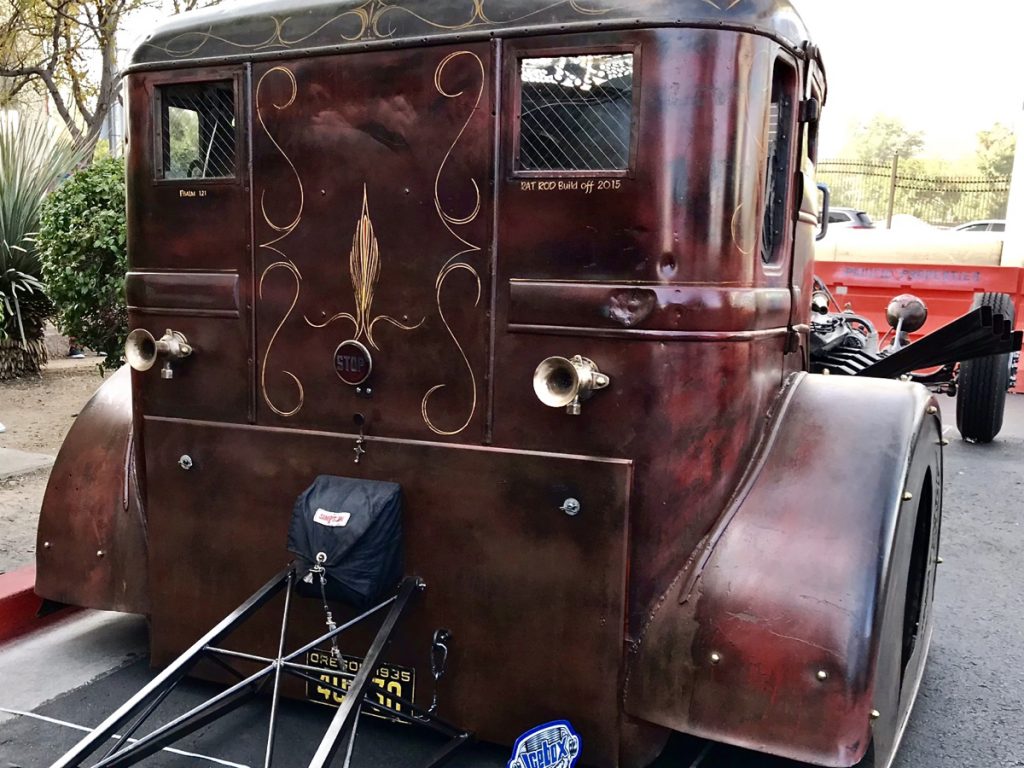 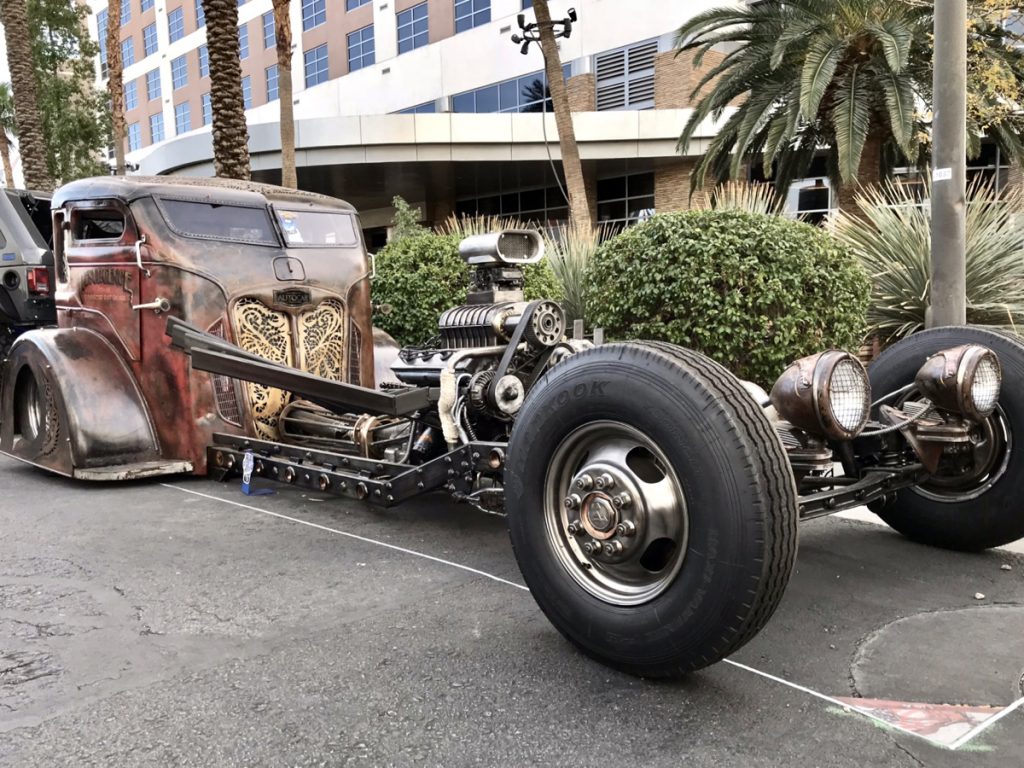 Here is some more of this rolling wonder.

Hats off Mr. Fisher and his crew. “Resurgence” is exquisitely over the top and exactly how we like it.  To hear this beauty purr, you can check out the video Resurrected Rust put up on YouTube.

To follow these wild cats and their Rat Rodification of the world check out their FaceBook page.

Speaking of smokin’ Social Media pages it’s never too late to hitch a ride on the Juggernauts that are our FaceBook and Instagram feeds.  They’ll take you on a daily trip to Hot Rod Heaven!

Don’t want to miss another ride like Resurrected Rust Garage’s “Resurgence” Rat Rod Truck, drop us a line and we’ll hook you up!